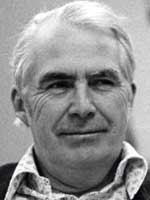 Jack O'Connell was an active alumnus - as a regular attendee at dozens of alumni events as well as in leadership roles.  Jack was president of the Twin Cities Chapter of the SJU Alumni Association 1975-76.  He served on the Alumni Board of Directors from 1979-82 and was vice president his last year in office.  Jack was also his class agent and on the Associate Membership Committee.