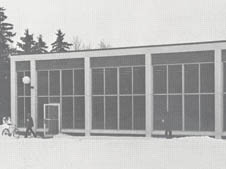 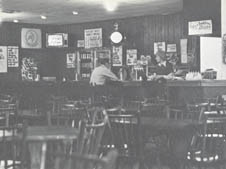 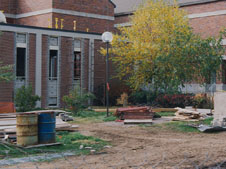 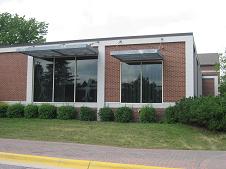 The building that now houses Academic Services has gone through many renovations and changes since it was constructed in 1974.  This building was the first Student Center on campus; the entry level featured the campus post office, with mailboxes for students which had, until that time, been located in Mary Commons.  From the post office/entry area, steps led down half a flight to a new bookstore, and up half a flight to “The Loft” which provided food service, dining area and a television lounge.

When The Loft was built, there was only money enough to get the food service running and very little for good furnishings.  In the summer of 1982, The Loft was renovated with new furniture and new equipment for food services.  The dining services also became part of the meal plan instead of having cash-only sales.  These renovations did not exceed $40,000.

The Loft soon became too small to accommodate the growing number of students, and in 1992 plans for a new student center began to develop.  In 1995, the Haehn Campus Center was completed and the Loft was vacated.  The bookstore, however, remained in the building until the Mary Commons renovation of 2000.

When the bookstore vacated the building and the Ardolf Science Center was built adjacent to it, the building underwent another renovation, this time to provide offices for the Registrar, Academic Advising and Career Services, which had been located in the basement of Aurora Hall.  Their new location was renamed the campus Academic Services Building (ASB).

After the College of St. Benedict's purchased three adjacent buildings for administrative offices, a series of changes in many department locations occurred. In Fall 2019, Experience and Professional Development (XPD), temporarily in Henrita Academic Building at the time, was moved to the ASB. The President and her staff also moved to the second floor of Mary Commons and various academic departments were re-located to the Main Building. The ASB also underwent remodeling in 2019 to provide for academic departments displaced from the Main Building such as Academic Advising, Registrar, Student Accounts, Financial Aid, and Student Employment.