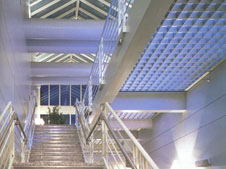 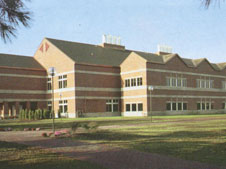 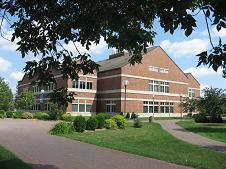 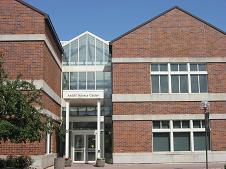 The decision to build a science center on the St. Ben’s campus was made “just by sheer numbers.” The expansion of both the student body and the science faculty had left St. John’s science center wanting for space. The planning process for the center had begun six or seven years before the final decision to build was made on March 1, 1991 by the Board of Trustees. The new two and a half story Science Center would be located between Campus Center and Mary Commons, with a plaza created between the Clemens Library and the Science Center. It was estimated that the building would be complete in 3 years, with construction divided into 2 phases. The first phase would be the moving of the departments that are in most need of space. The second phase would include those departments that would benefit from more classrooms.

The new facility was estimated to cost $6 million, a project completely funded by the College of St. Benedict Capital Campaign Fund. On February 18, 1992, the Bush Foundation awarded CSB its single largest grant to date, amounting to $492,000. The grant would only be received, though, if it was matched by gifts between $1000 and $250,000, exclusive of corporate donations. The building committee had no worries about matching the grant, for the capital campaign had already raised about $4 million.

A professional architectural firm from Chicago had been hired to construct the new center. They met with the faculty, designed the new Science Center, refined the plans and did the estimation. The new Science Center would contain the entire Chemistry Department, as well as the Nutrition and Dietetics departments.

The Ardolf Science Center, named for Frank and Lottie Ardolf, opened in the fall of 1992, with a ribbon-cutting by the Ardolfs on September 2, the first day of the fall semester. The building project finished at a cost of $7.2 million. Through the years, the Ardolf Science Center has earned many awards for its safety and architecture. The state-of-the-art building, when combined with the science facilities at St. John’s University, offers students more square footage of science study and research space than any other private college in Minnesota.