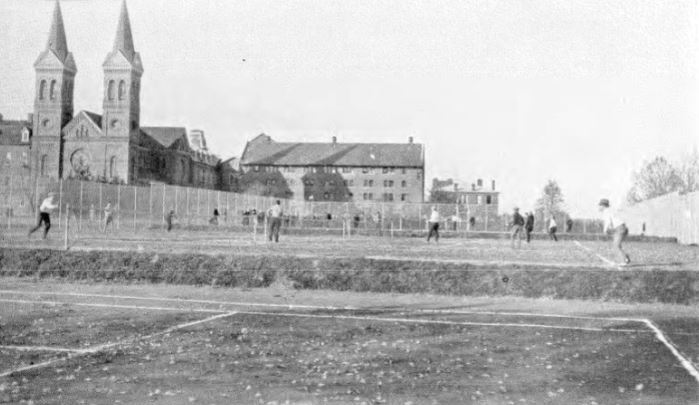 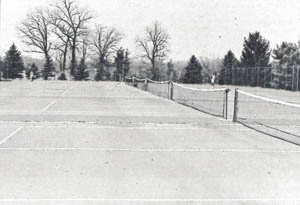 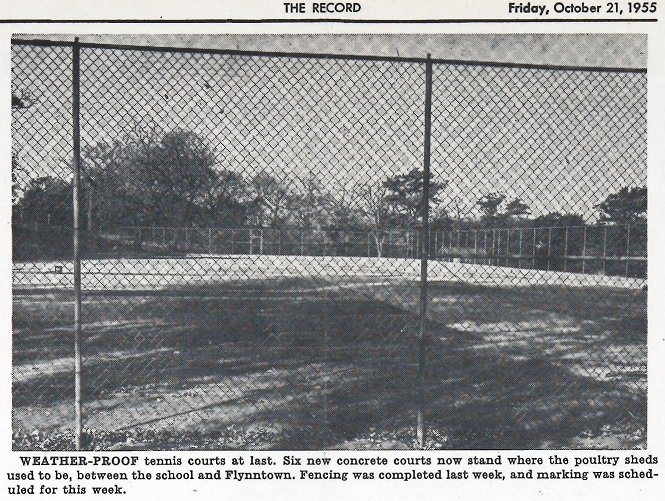 Tennis courts, 1955, courtesy of The Record

Early accounts and an early catalog map indicate that there were tennis courts northeast of the Quad ca. 1915. New courts were constructed in 1924.  Fr. Arnold supervised the construction, which cost $2,500 and allowed up to 28 players to occupy the courts at one time.

In 1987, a master plan was created for the construction of new courts. Due to a faulty foundation, a variety of problems such as cracks, weeds and dead spots posed a safety concern to those that played tennis.  Both the St. John's Senate and Student Affairs Advisory Council supported the construction of new tennis courts.  The master plan proposed eight new courts and were finished in 1989.

In 2011, the tennis courts finished in 1989 were razed to create a parking lot. The new tennis court, called the Chang Tennis Complex, was dedicated on April 22, 2017.

Special thanks to Ariel Smelter '12 for drafting this text