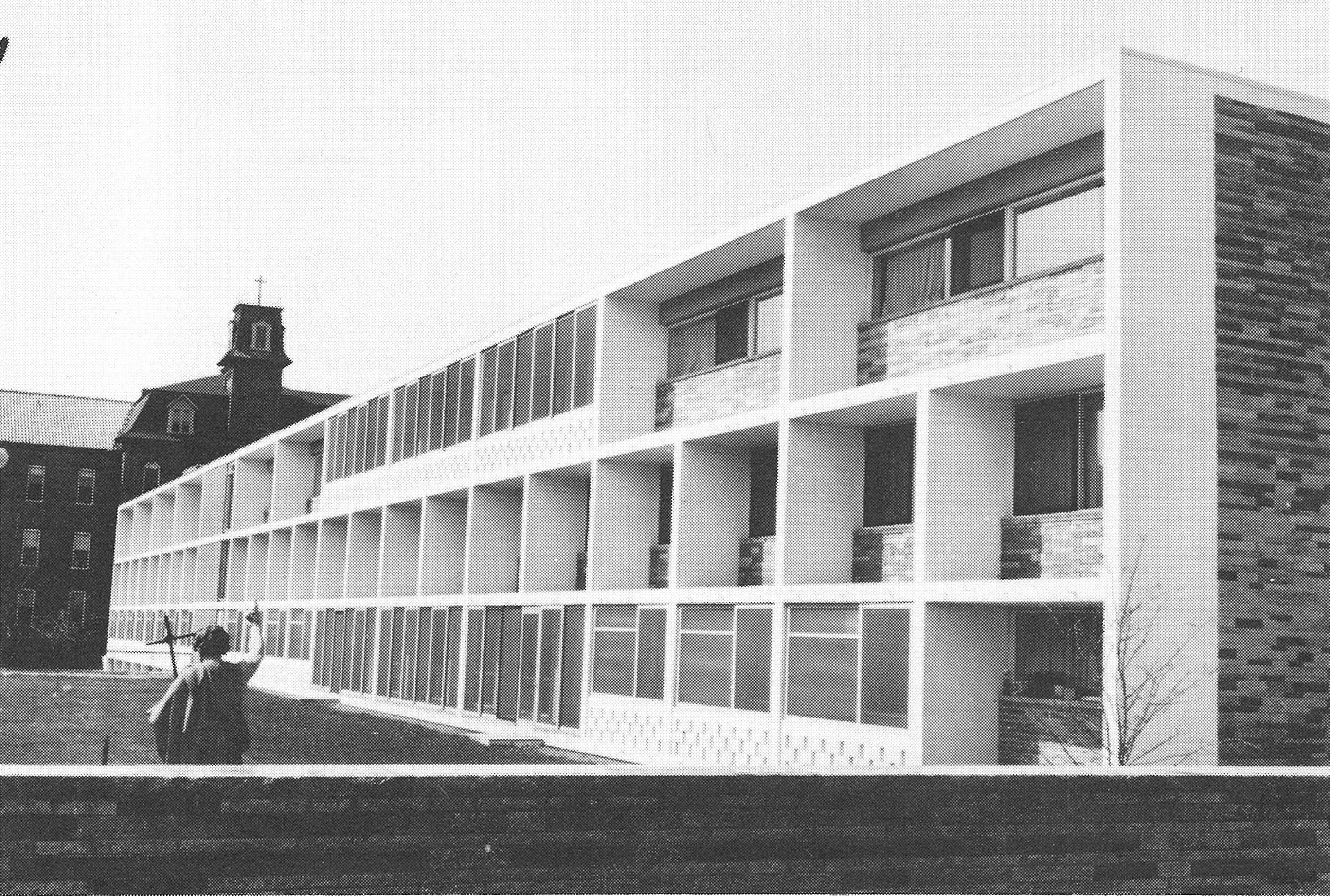 The monastery residence building (located directly behind the Abbey Church) was designed by Marcel Breuer and was his first building project on the Saint John's campus. Ground breaking for the building was on May 19, 1954. The general contractor for the building was the Wahl Construction Company of St. Cloud (who likewise built Saint Mary's Hall and the diocesan seminary building —Emmaus Hall). During construction, the architectural firm of Traynor and Hermanson of St. Cloud acted as on-site inspectors. The building was completed in September 1955 and monks began moving into the new structure. The newly completed building had three resident floors with the third floor reserved for clerics (monks in study for the priesthood) along with a typing room and study rooms for the clerics. The building also had three recreation rooms (with mailboxes), the Abbey Archives, art collection, rooms for outside guests, a small library, offices for superiors, and the church sacristy. In 2005, after 50 years of living in the building, a committee was formed to begin the planning process for renovating and upgrading the building. In December 2019, final plans were drawn and fundraising completed for the renovation, which was then approved by the monastic community.

Work on the renovation began in March 2020 with an expected date of completion in mid-summer 2021. The general contractor for the project was Breitbach Construction Company  of Elrosa, Minnesota. The plans included 73 private rooms (with new plumbing, electrical, and heating/cooling),  four recreation rooms with small kitchens, a library, reformatted sacristy, Abbey Archives, art room, computer/copier room, liturgy room with music practice rooms, exercise and weight training rooms, and a study room for displaying a copy of the Saint John's Bible. The six former guest rooms would be used for outside religious guests and monastic students of the School of Theology-Seminary. The rededication of the building was tenatively set for July 2021.