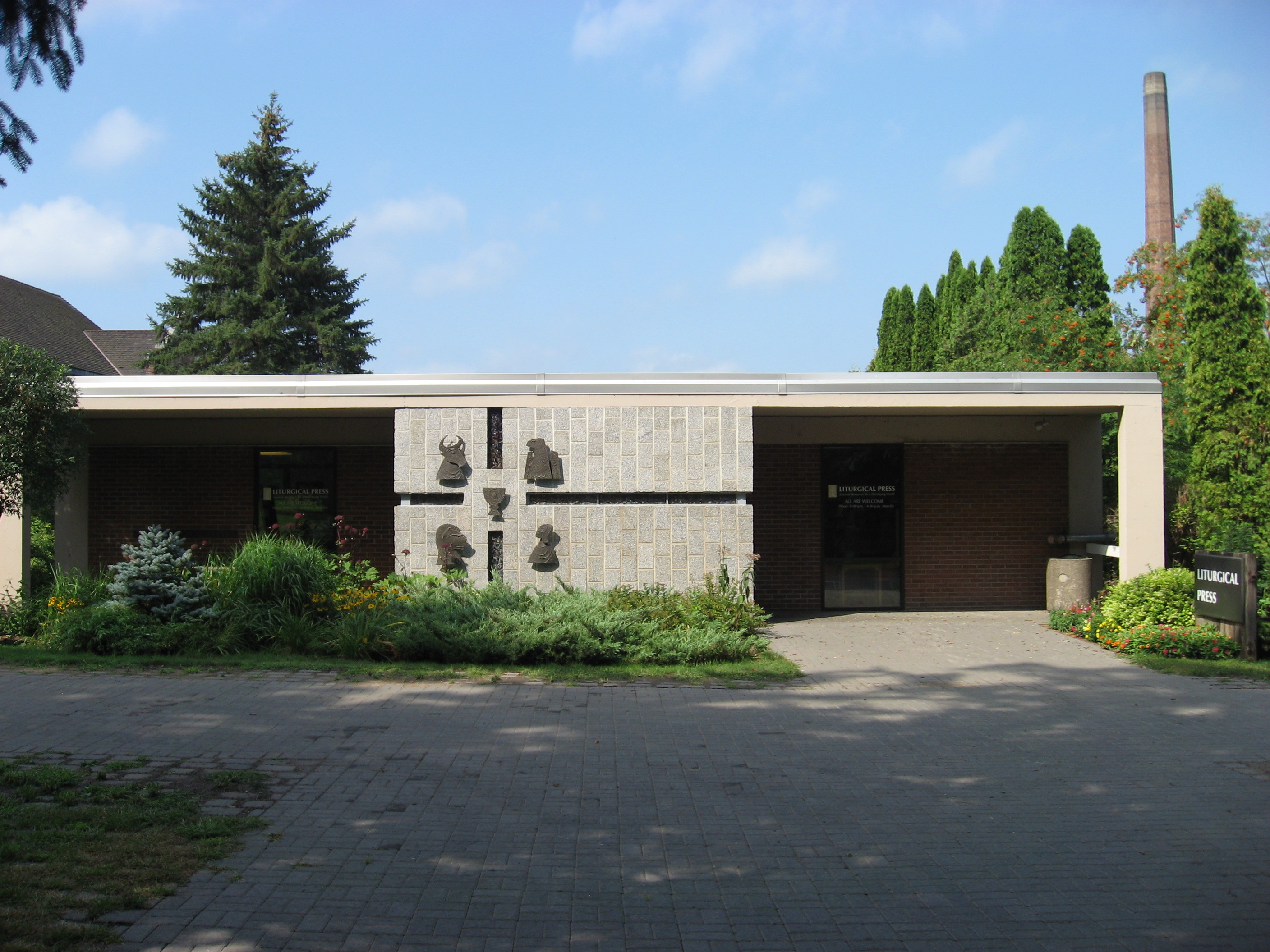 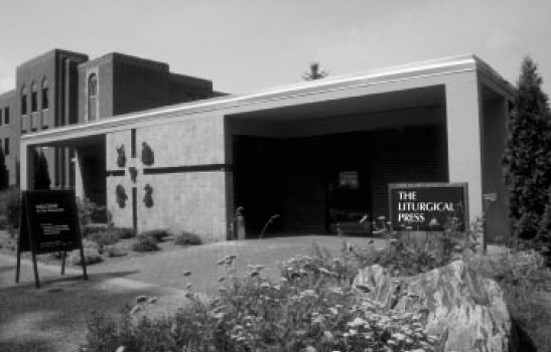 The Liturgical Press was created in 1926, and in 1927, the first issue of Orate Fratres became its first publication. Beginning in 1933, the press was located in the basement of the Stephen B. Humphrey Theater and Music Building (the Auditorium).  In 1951 the abbey print shop, where some of the Press’s printing was done, and the Press moved into two reconditioned army barracks that were relocated from near Mary Hall and placed on a concrete slab on the western edge of the campus, “a space that, while not elegant, was serviceable” ( Seventy-Five Years of Grace, p. 17).

In the fall of 1956, construction began on a separate building for the Liturgical Press. One half of the one-story building was dedicated to the print shop and the other half became the shipping department. The building originally housed an addressograph machine and allowed the press to increase production. The building cost $60,000; Brother Victor McMahon installed all of the plumbing in the building to help reduce construction costs.

In 1960, the building was extended to the west to create a storehouse for publications.  In 1988 the warehouse space was transformed to “state-of-the-art office space, wired to accommodate the computer-generated output of editors, copy writers, artists, and typesetters” and other updates to the building and equipment were also made (p.38-39).  For a time, Sun Sound and Video, which produced audio-visual products for the Press, occupied much of the warehouse space, which it vacated in the late 1990s.  Its space became offices, and the barracks were put to other purposes. They were razed on June 18, 2018, after serving as space for the Abbey's artisans and Abbey Woodworking's laser studio and storage space.