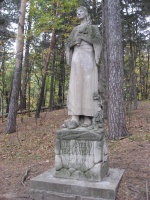 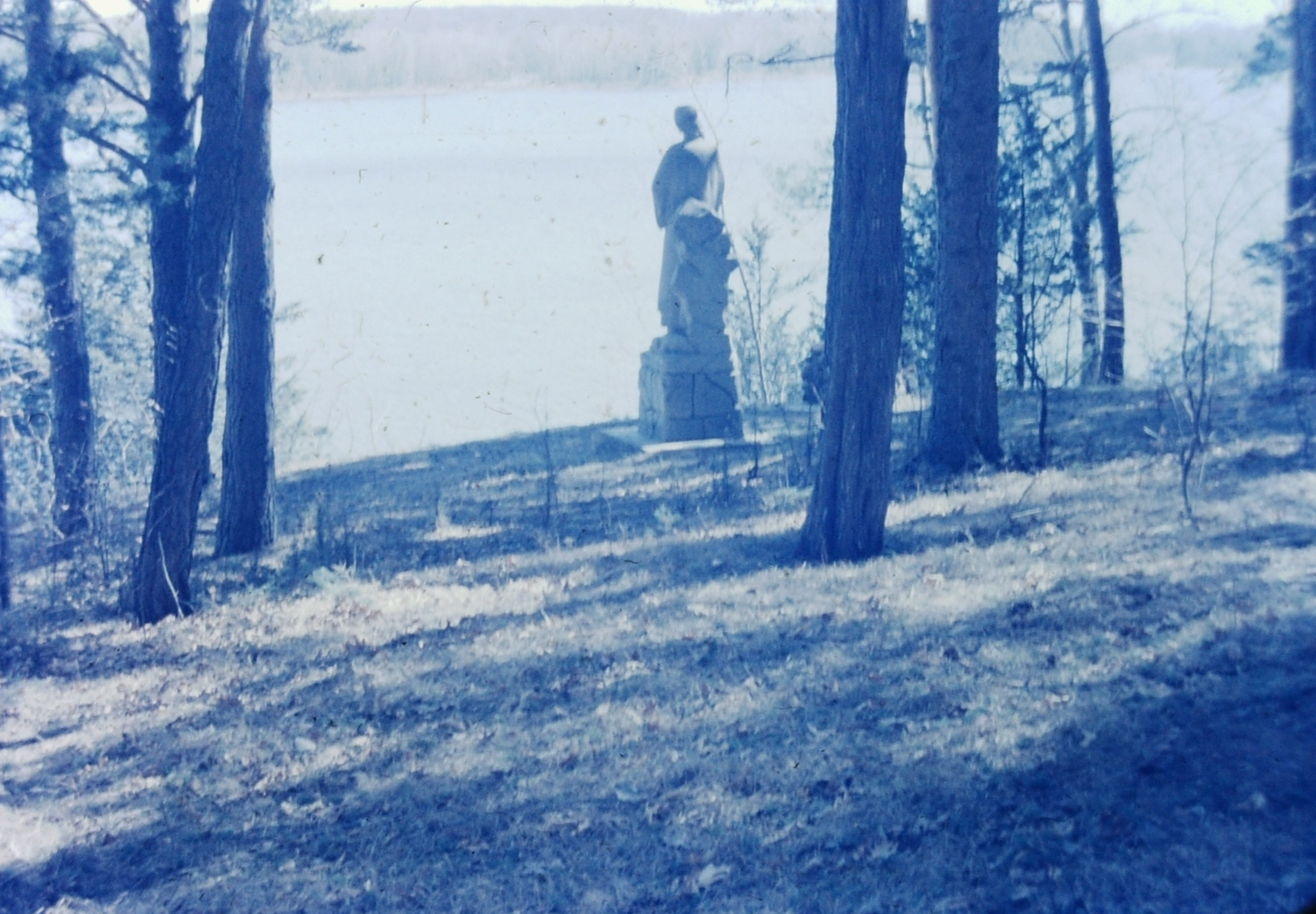 An over-lifesize statue of Kateri Tekakwitha, well-known early American convert martyr, was installed by the St. Paul Statuary Co. on the rustic eastern shore of Lake Sagatagan, June 21.  Under the title, “Lily of the Mohawks,” the statue of the Indian convert replaced the large crucifix that overlooked the lake from that location.

A gift from St. Olaf parish, Minneapolis, and its pastor, Father Leonard P. Cowley, the sculptured stone piece of art was formerly seen outside the old St. Olaf Church (before it was destroyed by fire several years ago).  The new and enlarged church was built over the spot where the statue had rested.

The crucifix, which for years has been a favorite stimulus to the piety and “art photography” consciousness of many, has been taken down in order to preserve it from further deterioration.  The wooden, carved corpus of the crucifix has especial significance for members of the community, for it was planned and fashioned by Father Cornelius Wittmann, OSB, one of the earliest pioneer monks of St. John’s.

Following minor repairs and with a more secure back rest, the wooden image may be placed either in the nearly-completed Centennial Lounge or in the lobby of the new monastic wing.