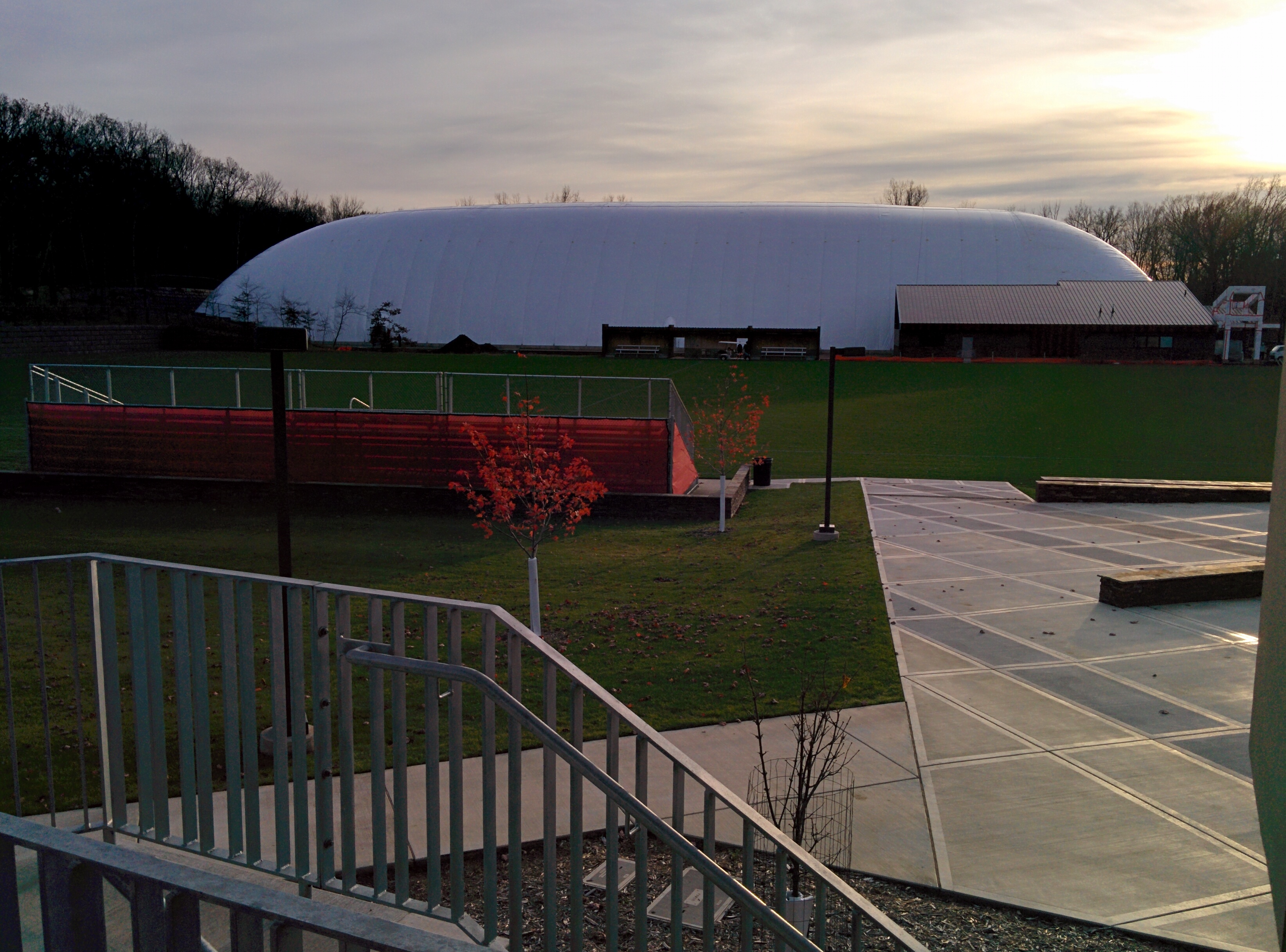 The Gagliardi Field and Seasonal Dome was completed in October of 2016 and is located next to the Johnnie soccer field, Haws Stadium. The field's purpose is to extend the season for those looking to play outdoor sports during the winter and will serve as the football practice field. The field includes artificial turf, terraced seating, removable football goalposts, portable soccer goals, an entrance accessory building, and an equipment storage space. The space is used by Varsity, Club, and Intramural teams as well as the general student body and provides an alternative to the Warner Palaestra and the Fitness Center for various athletic activities.

"Gagliardi Field and Dome," (on Saint John's Forward Ever Forward, 2016)

Special thanks to Maria Schrupp '20 for drafting this text.