Richard Bresnahan and the Minneapolis Institute of Arts 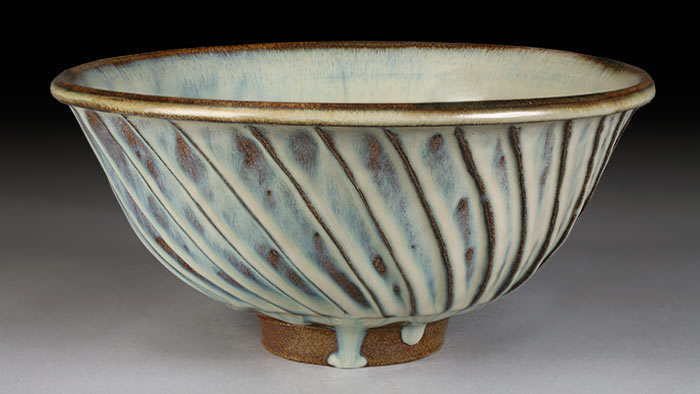 The first firing of the Johanna Kiln–the most special in the life of any kiln–began on October 13, 1995. This firing lasted nearly five weeks: three weeks to load a full capacity of 12,000 works in clay, nine days to fire, and several days to cool and unload the kiln. This was captured on film by KTCA Public Television in Saint Paul in a half-hour special called The Firing.

KTCA then produced an hour-long documentary on the history of The Saint John's Pottery and its relationship to the environment at Saint John's. Clay, Wood, Fire, Spirit: The Pottery of Richard Bresnahan airs locally and regionally and is syndicated to public television stations across the country for broadcast nationally and internationally, often on Earth Day.

The firing also captured the attention of Dr. Matthew Welch, associate curator of Asian Art at the Minneapolis Institute of Arts (MIA) and Dr. Robert Jacobsen, curator of Asian Art and chair of curators at the MIA. They were so impressed with the results that they canceled a previously scheduled exhibit and put in its place an exhibition of 77 pieces from the new kiln.

The Johanna Kiln has since been fired eleven times, nearly once every year, to allow for the development of ceramic skills for apprentices and the labor of gathering and processing firewood, ash glazes, and local clay. For more information on wood-firing schedules and volunteer opportunities, please contact The Saint John's Pottery.