A College of Saint Benedict alumna soon will be sworn in as the first Hmong county commissioner in Minnesota history and the first Asian American elected to the Ramsey County board.

Mai Chong Xiong ’12 majored in political science at Saint Ben’s and served an internship with former Senator Al Franken. After graduation, Xiong worked three years for a community development nonprofit, specializing in social services and outreach with food shelves that served Hennepin County. While volunteering for TakeAction Minnesota, she met St. Paul city councilman Dai Thoa and worked in his office for eight years as a legislative aide before launching her own campaign.

“My dream job was to be a staffer for someone in Congress or the U.S. Senate, but I ended up in local government,” said Xiong, who will take her oath of office on Jan. 3 and serve a four-year term. “I found it’s a place where I can get a lot of things done. You can get past the partisanship you find at other levels and do something solid on the issues together.”

Xiong, 34, will represent District 6, the Greater East Side, Payne-Phalen, Conway, Dayton’s Bluff, Battle Creek and Highwood neighborhoods of the state capital. The district’s current commissioner, Jim McDonough, served 22 years and is retiring at the age of 67. And one way or another, a diverse milestone was going to fall considering Xiong’s opponent was Ying Vang-Pao, 56, who came to the U.S. as a 9-year-old Laotian immigrant.

It’s a success story for Xiong, who was born in St. Paul. At 12, she had to help her immigrant parents navigate county services via phone calls and endless forms to maintain food stamps and social welfare benefits. Later, they moved into a bungalow with extended family – a total of 18 people in a three-bedroom home – and she shared a full-size bed with two of her stepsisters.

“It was crazy,” Xiong said. “The daily chores – Who’s cooking? Who’s cleaning? When do we get to share the washer and dryer? – were never-ending.”

She graduated from Roseville Area High School but was unsure about college until she learned of Saint Ben’s through association with the Girls International Forum, a St. Paul non-profit organization that prepares girls to raise their voices in community government. The executive director, Zora Radosevich ’77, encouraged Xiong to check out the school, even writing letters of recommendation and once bringing her to campus for a visit. With scholarship assistance through the Intercultural Leadership Education and Development program, Xiong was able to get the best financial aid package at Saint Ben’s. She served on the student senate and followed her older brother as a first-generation college graduate.

“Saint Ben’s did a really good job in preparing me for thinking critically,” said Xiong, who is married and has a 6-year-old daughter and 4-year-old son. “We are in such a fast-changing environment. Our technology changes so much. My kids have access to just about anything at their fingertips, but my daughter thinks everything she hears on TikTok is true. This is why we need to know how to evaluate our environment, and use written and verbal communication successfully if we’re going to make a difference.”

Xiong persevered the lingering effects of the Great Recession early in her professional career, something she says will come in handy when relating to constituents. She said 60% of residents in her district are under 35 years old, 35% are of Asian descent, and household income averages $50,000 a year.

“But we also have a huge opportunity before us,” Xiong said. “Our county has a lot of dollars for workforce investment and to put into affordable housing. Those are key things that provide stability for families and create safety in our communities.”

Her husband also is a college graduate, but their lives have been complicated after her father-in-law suffered a heart attack and stroke. Her husband had to focus on caring for his parents, and they dipped into savings and used credit cards to make ends meet as their income shrank.

“I feel like we’re that typical American family where, if anything bad happens, we fall behind,” Xiong said. “There is no margin for us, and I feel like that resonates with a lot of folks on the East Side. I feel so fortunate and very blessed to earn a living and make so much more than my parents did. But it comes with stresses, too. I don’t come from a family with wealth, so I’m still paying off my student loans. The whole conversation around student-loan debt is significant to me and my husband.”

Backed by Bennies and Johnnies

Xiong, who was endorsed by Rep. Betty McCollum and St. Paul Mayor Melvin Carter, nonetheless raised more through her campaign ($130,000) than any other county commissioner candidate – and more than $50,000 above her opponent.

“I had quite a few Bennies and Johnnies who contributed,” Xiong said. “Some of them heard about it and were cheering me on from afar. There’s a network of support there – including some of the faculty from the political science department, and that meant so much to me – that I can always tap into.”

She wants to ease property taxes, invest in infrastructure and address crime by making sure people have access to community resources and programs and convincing neighbors to look out for each other. She expects to be appointed as chair of the county’s housing and redevelopment authority, a plum position for a rookie politician. And, while she wouldn’t rule out running for higher office someday, she doesn’t believe she’ll stray far from her home.

“I see my future in community organizing,” Xiong said. “I want to effectively change the lives of people who are struggling. The big issue I ran on was housing, and in college I was quoted in a student newsletter about how my one hope for someday was housing for all. That has always been near and dear to me because of the experience that I had. So many of our community members struggle privately, but we as a community can decide whether people will be housed and get the basic necessities or not.”

She views listening, being courageous and asking questions as other skills she values most.

“My message to the Bennies and Johnnies who are in college or will be in future generations is to be curious and courageous,” Xiong said. “We can make the world a better place.” 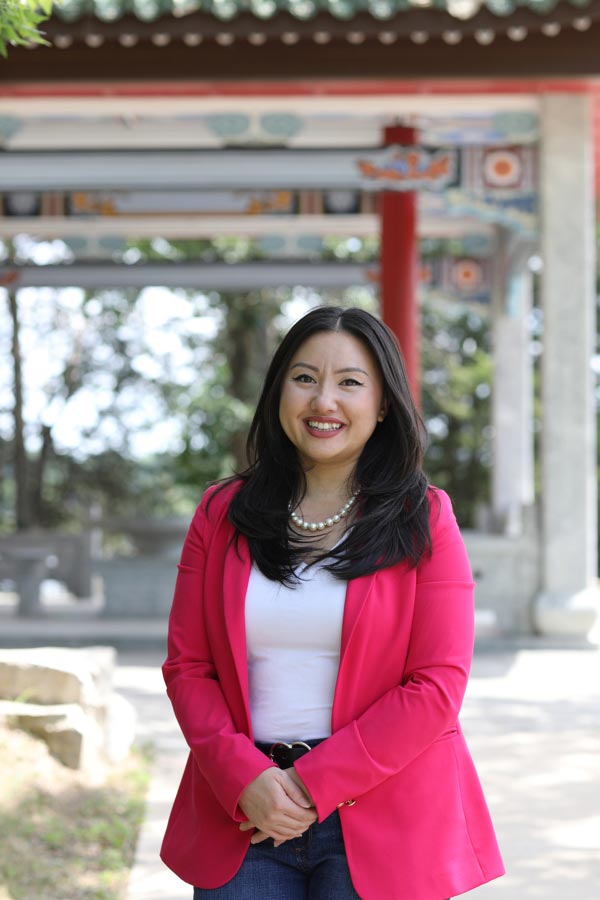 Mai Chong Xiong '12 will be sworn in on Jan. 3 as the first Hmong county commissioner in Minnesota history. She will serve a district in Ramsey County on the east side of St. Paul.