Robin Wall Kimmerer is a mother, scientist, decorated professor, and enrolled member of the Citizen Potawatomi Nation. She will discuss topics at the intersection of Indigenous knowledge, spirituality, and science. 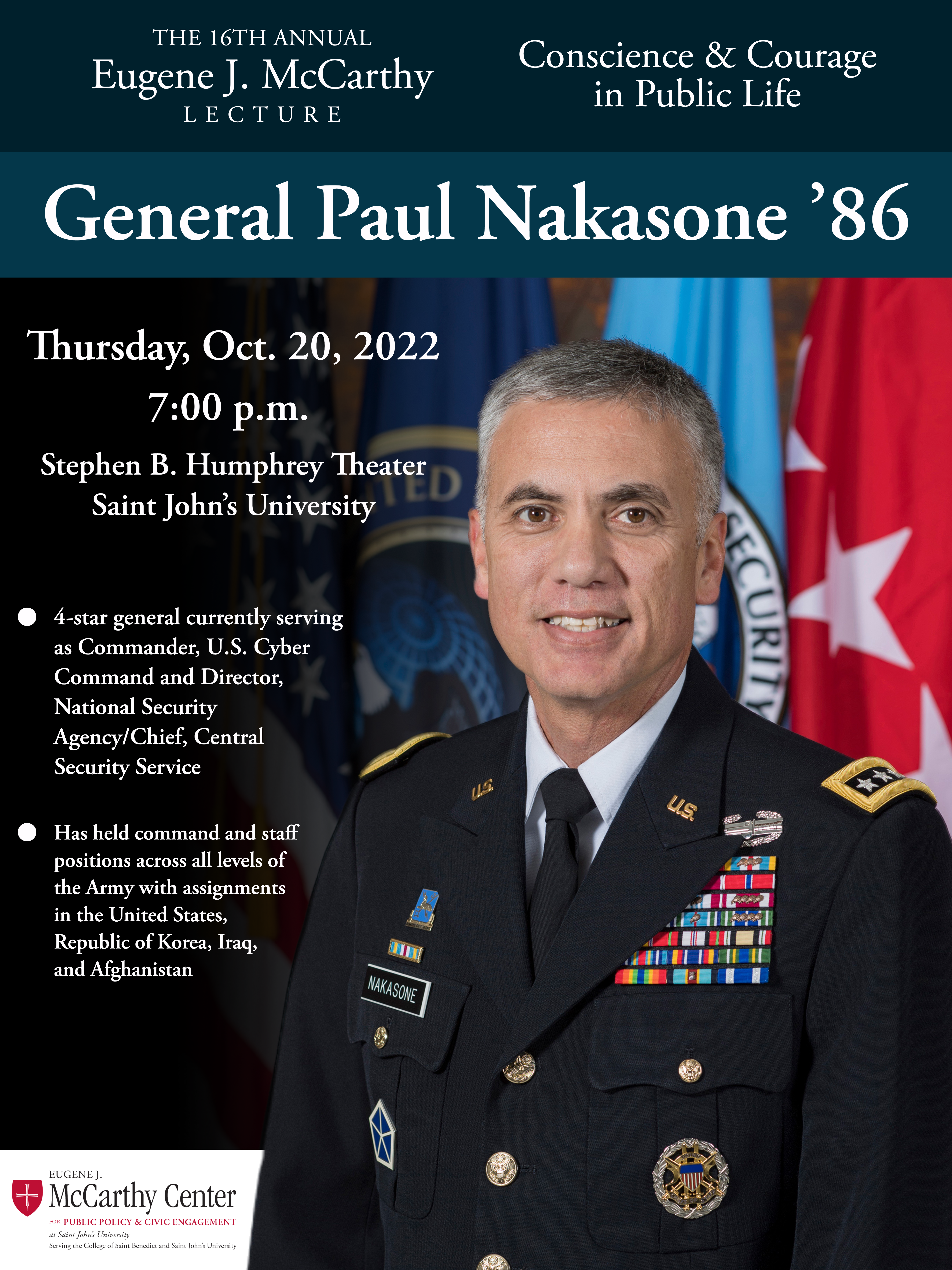 Nakasone graduated from SJU with a degree in economics and received his commission in the Army through the ROTC program.
Nakasone has held command and staff positions across all levels of the Army with assignments in the United States, the Republic of Korea, Iraq, and Afghanistan. Prior to assuming his present duties, Nakasone served as Chief of U.S. Army Cyber Command from October 2016 thru April 2018.

Nakasone served twice as a staff officer on the Joint Chiefs of Staff. He has received the Distinguished Service Medal, the Defense Superior Service Medal, the Legion of Merit, and the Bronze Star, among other awards and decorations.

Winona LaDuke is a Native American activist, economist, and author. An Anishinaabekwe (Ojibwe) enrolled member of the Mississippi Band Anishinaabeg, she has devoted her life to advocating for Indigenous control of their homelands, natural resources, and cultural practices.