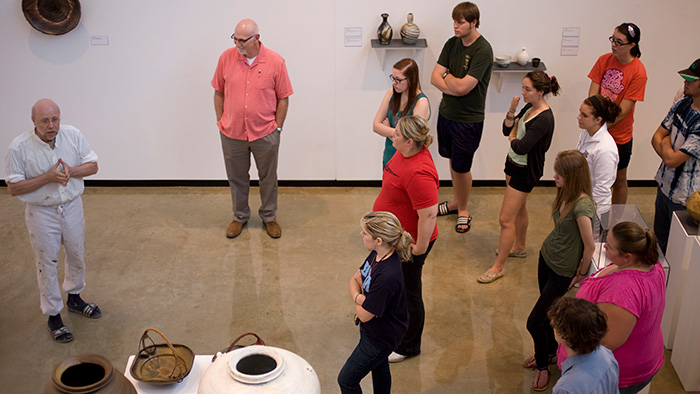 An introduction to The Saint John's Pottery and the work of Richard Bresnahan, featuring insights from Bresnahan's three-year apprenticeship with the Nakazato family in Japan and the subsequent invitation to initiate a pottery studio on the campus of Saint John's University in Collegeville, Minnesota.

A short presentation on the incredible history and culture of the Japanese tea ceremony and tea ceramics as experienced by Master Potter Richard Bresnahan during his apprenticeship with the Nakazatos, a national living treasure family of potters working on the island of Kyushu in Karatsu, Japan.

Local Architectures of Rural Japan and the American Midwest

Highlighting the use of local and recycled materials, this presentation looks at architectural traditions found in rural Karatsu, Japan, the modernist architecture of Marcel Breuer at Saint John's Abbey and University, and the James R. Dean design and construction of Richard Bresnahan's home and studio.