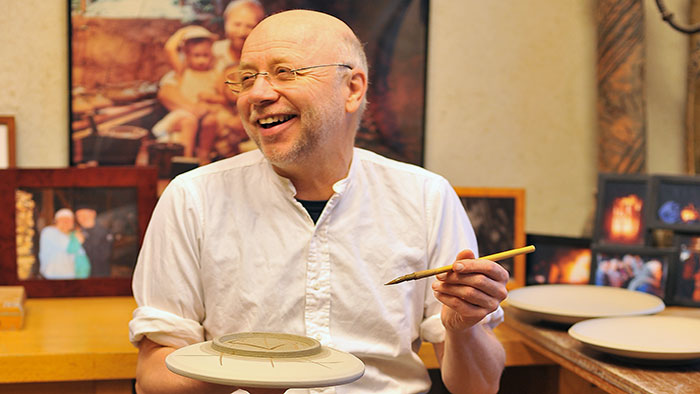 Bresnahan's role as Artist-in-Residence takes on several forms: he provides mentorship as part of a formal apprenticeship program; instructs a one-of-a-kind course on environmental art and design; lectures and exhibits internationally on behalf of Saint John's; and operates the Johanna Kiln, the largest wood-fired kiln of its kind in North America.

As an artist, educator, and environmentalist, Bresnahan's passion revolves around creating handmade and functional pottery for the surrounding community. His ceramic works are featured in many prominent collections, from the Minneapolis Institute of Arts in Minnesota to the Idemitsu Museum in Tokyo, Japan.