A St. Paul native, composer Richard Proulx was born in 1937. His professional career began in the early to mid-1960s and spanned over fifty years. He is known internationally for his compositions, and his works, such as A Community Mass, have become staples in the liturgical repertoire. Composing for a variety instruments, styles, denominations, and communities, Proulx showed exceptional versatility.

Proulx's connection with St. John's University was strong. Proulx studied music at the university as a young boy, and later taught hymnody and composition in summer sessions. He was the recipient of St.John's prestigious Pax Christi award, given to those who have devoted themselves to God by working in the tradition of Benedictine monasticism to serve others and to build a heritage of faith in the world.

Following his death in 2010, St. John's Alcuin Library became the proud home of The Richard Proulx Collection. The collection consists of hundreds of original manuscripts, published works, correspondence, and Proulx's substantial reference collection. St. John's University is grateful for the generous donation made by the Proulx family and is committed to the preservation of Proulx's legacy and work. 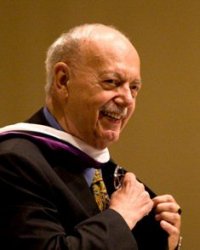