Like many who have coached in the athletic department at the College of Saint Benedict over the years, Robin Balder-Lanoue credits CSB and Saint John’s University Professor Emerita Margy Hughes for helping get her there.

So it’s fitting the two will be honored alongside each other as part of Minnesota’s celebration of National Girls and Women in Sport Day. The ceremony is scheduled for Feb. 2 at the Minnesota History Center in St. Paul.

Balder-Lanoue, the longtime cross country and track and field coach at CSB, has been chosen as one of the recipients from around the state of this year’s Breaking Barriers Award.

Hughes, who began teaching in the physical education department at CSB in 1966 and went on to become the chair of the joint department at CSB and Saint John’s University before her retirement in 2003, will be honored with the Marie Berg Education Award.

“I was the interim cross country coach at first. But then they created a full-time position to be the head coach in both cross country and track. I didn’t know if I wanted to give up teaching. But it was Margy who told me I should apply for it. So I gave it a shot, figuring that if I got it, that would tell me where I was supposed to be.

“Margy has had such a big impact on me, so it’s really amazing to find myself being honored alongside her like this.”

Balder-Lanoue has now guided the Bennie cross country team to a top-ten finish regionally in 17 of the past 25 years. Meanwhile, in track and field, her teams have finished in the top five in 10 of the last 13 indoor conference meets and eight of the last 11 outdoor MIAC championships. She has been named MIAC indoor coach of the year three times and outdoor coach of the year twice.

You can read more about her accomplishments and what she has meant to CSB over the years at this link.

Hughes played big part of helping CSB establish its foothold in intercollegiate athletics – using her position in the physical education department to push for and facilitate the hiring of full-time coaches, then finding ways to assure those individuals were given the time they needed to focus on coaching their teams.

She also was central in the efforts to build new and needed facilities like the CSB swimming pool and Claire Lynch Hall (the school’s gymnasium). You can find out more about her story at this link (including her roots as the daughter of a legendary coach in Hibbing and her brush with a young Bob Dylan). 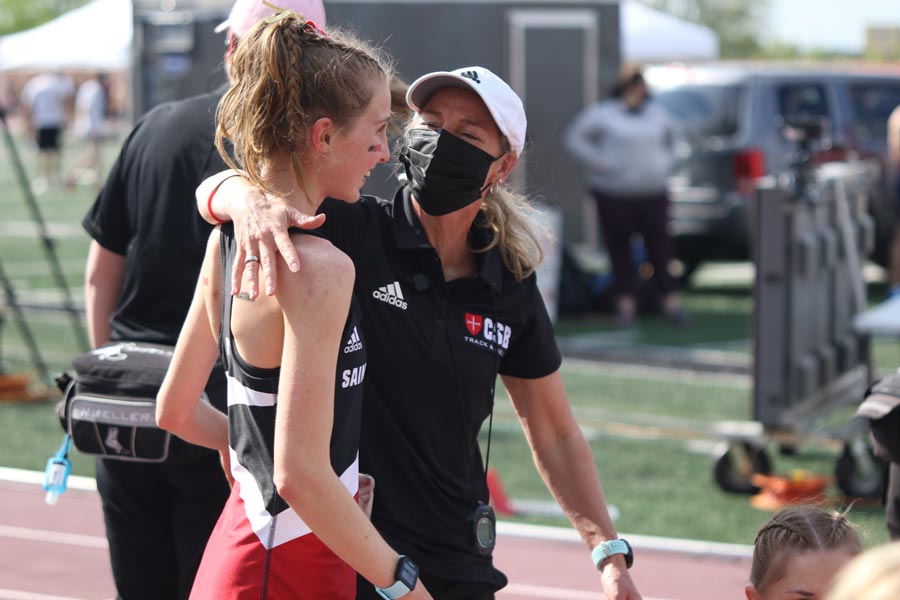 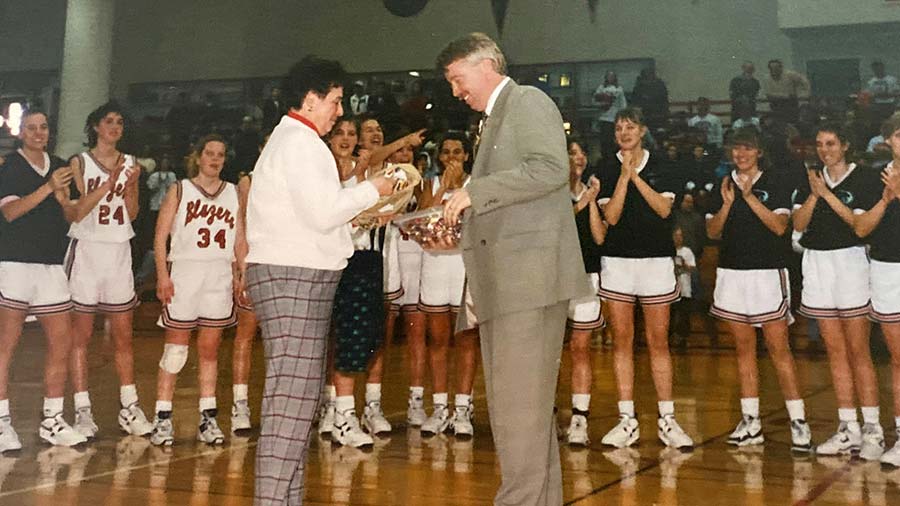