Many of the 2022 College of Saint Benedict and Saint John’s University graduates are embarking on a new career this summer.

For at least three, that will take them halfway around the world as part of the Japanese Exchange and Teaching Program.

Niles Lee, James Moua and Hanna Sobhani will leave in July – the biggest class of JET alumni from CSB and SJU in almost a decade. JET professionals live and work in cities, towns and villages throughout Japan and represent the U.S. as cultural ambassadors. Most serve as Assistant Language Teachers (ALTs), while some become Coordinators for International Relations (CIRs) and work as interpreters or translators.

“JET is run through the Japanese government and it’s a competitive application,” said Jeff DuBois, associate professor of Japanese, whose tenure at CSB and SJU extends back to 2014. “We have no arrangement for JET to accept our students. We’ve just had high-quality grads who’ve put together impressive applications and been accepted. We’ve had some star students get rejected, too, so just being talented doesn’t make anyone a shoe in.”

Housing, health insurance and roundtrip airfare to their destination are provided to each professional by the JET Program. Participants are paid an annual salary of approximately $34,500 in their first year and they may renew assignments for up to five years.

Here’s a brief view from each:

An economics major from Center City (Minnesota), Lee first developed an interest in Japanese while watching anime as a youth.

“It started with the way Japan was portrayed to me through media,” Lee said. “Like, before American Ninja Warrior there was a show that was just about a competition like that in Japan. I had DirecTV and I don’t remember what channel it was, but I got Japanese programming.”

When it came time to evaluate a college, he was pleased to find a burgeoning Japanese program at Saint John’s and decided to minor in the language.

“When I first started looking at colleges, one of the things that really struck me about Saint John’s was the Japanese program,” Lee said. “I thought it was rare to come across for a small college around Minnesota. As I got more into the Japanese department here, taking cultural and language classes, I knew I wanted to get to Japan at some point.”

His first hope was to study abroad there, but that opportunity was canceled on him – twice – because of COVID-19. But the Japanese department has fostered his desire and he credits his instructors and peers with helping develop him as a person.

“They’ve helped me format my resume, written letters of recommendation for me, and been so supportive throughout my four years here,” he said.

Japan is divided into 47 prefectures. Lee has been assigned to a school in Chiba Prefecture, just east of Tokyo. Beyond working with the JET program, he wants to one day work in international business or have a business of his own.

“I don’t have a hard-set goal, but I think when I get over there and learn the skills required in teaching, that’s going to play to my benefit,” Lee said. “Whatever comes next, I believe I’ll be able to fit into the role.”

Like Lee, Sobhani was supposed to study abroad in Tokyo during her junior year. When that was delayed, she planned for it as a senior, but Japan had still not lifted its restrictions on international students because of the pandemic. Instead, she studied in Chile and Greece. A political science major from Burnsville (Minnesota), she minored in Spanish. But she prefers pushing her boundaries. She wanted to experience culture shock.

One of her advisers, Dr. Michael Livingston, suggested Japan would fit the bill and also could satisfy her desire to live in a big city after graduation. She has been assigned to a school in Nagasaki Prefecture, at the extreme west end of the country.

“Comparing the collective mindset the Japanese have to the West, which is very individualistic, and just being able to observe the difference in cultural norms and values is something I look forward to,” said Sobhani, who worked for the Center for Global Education during her time at Saint Ben’s. “I value immersing myself and learning in a diverse environment. I grew up in a bi-cultural household (her father is from Iran and her mother is American and a Saint Ben’s alumna) and I value being around people who are shaped by experiences that are distinct from me. Adding the language element is super-cool and I love learning new languages. Knowing another language is like another way to think and see the world.”

Sobhani plans to work for a couple of years before getting more education. She’s open to graduate school but said she’s leaning toward law school.

“My four years (at CSB and SJU) have been so formative to what I want to do with my career and self-discovery,” she said. “What’s so nice about this school is that it’s very intimate. Meeting such wonderful people here has helped me set great expectations and understand how the world works.”

Moua also worked at the Center for Global Education, but he didn’t need much education about the JET program. He was aware of it as a freshman at Community of Peace Academy in St. Paul (Minnesota).

Fortunately, he chose to study abroad as a sophomore at Saint John’s. So, unlike Lee and Sobhani, he knows what to expect in Japan.

“Studying for a semester there really confirmed my dream and I’ve been looking for this opportunity ever since,” said Moua, who is from Woodbury and graduated with an English degree.

He’s been assigned to a school in Fukushima City. While he’ll be there to teach English, he’s looking forward to having the freedom to explore farther and wider than he did studying abroad. One of his goals is to climb Mount Fuji, the highest mountain (12,390 feet) in Japan.

And he can’t wait to taste true Japanese ramen again. He found it impossible to find in Minnesota.

“I’ve tried,” Moua said. “I’ve looked all over the Twin Cities and it’s never the same. The noodles just aren’t made the same way. I’ll always be able to taste the difference now.”

Moua first came to Saint John’s on a campus tour with four high school friends. They all enrolled and recently graduated. He plans to get his teaching license and is still considering a career as a high school English teacher.

“But even if you’re not an English major or into education, I’d really recommend looking into JET,” Moua said. “It helps give you a year to explore your options. If you’re a rising (college) senior and you’re iffy about what kind of job you’re looking for, this is applicable to a lot of majors and the kind of skills you’ll gain from it will help you in the long run.”

If you are interested following your college education with teaching in Japan, the College of Saint Benedict and Saint John’s University have connections with Shogaku Junior and Senior High Schools and Bunkyo Gakuin University as well as the Japanese Exchange and Teaching Program. Kayla Vang ’22, for example, will join the staff at Bunkyo Gakuin this fall. 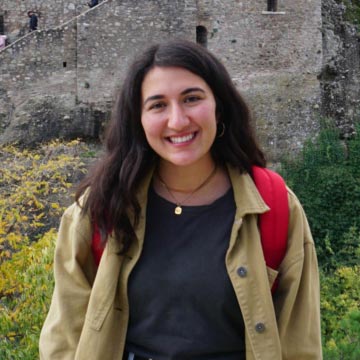 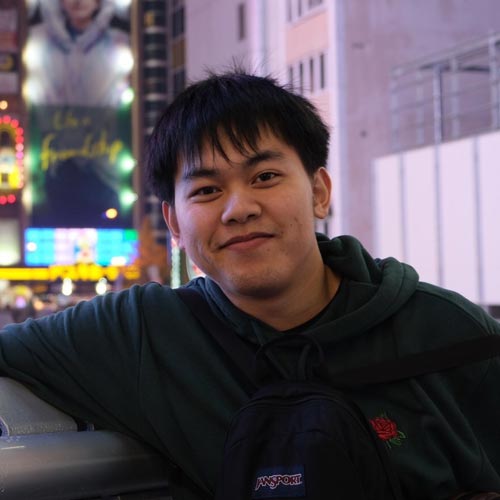