Deidra (Burgoyne) Heuring was a couple of years ahead of Radhika Lal Snyder at the College of Saint Benedict, but their paths didn’t cross back then.

Both then took parallel, nontraditional paths to careers in the medical profession. Heuring, who graduated from CSB in 2001 with a degree in music, is now a nurse at CentraCare in St. Cloud. Snyder, who originally pursued a career in technology and renewable energy after graduating in 2003, went on to become a physician specializing in family health in the Twin Cities.

Still, they never had the chance to get to know each other.

Now, though, Snyder is providing inspiration for Heuring as she works to raise awareness among health care personnel about the mental health issues facing women during pregnancy and the postpartum period that follows.

Heuring is one of 12 nurses from around the country selected to be part of the 2019-22 Johnson & Johnson Nurse Innovation Fellowship (JJNIF) cohort. The two-year program helps provide members with training and mentoring that is captured in a capstone project.

In Heuring’s case, that means developing a partnership with Postpartum Support International (PSI), a nonprofit organization whose purpose is to increase awareness among public and professional communities about the emotional changes that women can experience during pregnancy and postpartum – including postpartum depression and other conditions.

For her JJNIF project, Heuring has been working closely with PSI to apply for national accreditation for their Perinatal Mental Health Certification (PMH-C) program.  National accreditation of the PMH-C program would allow for increased access to specialized perinatal mental healthcare education and resources for personnel in health systems across the country caring for parents during the childbearing years.

It’s an area she has long been passionate about, having seen her younger sister Eva – a 2002 CSB graduate – survive severe postpartum anxiety.

But the urgency was further driven home when she heard Snyder had died by suicide in July of last year – just months after the birth of her second child. Radhika’s husband Seth Snyder, a 2000 SJU graduate, believes she was overcome by postpartum psychosis – a condition that impacts one or two out of every 1,000 deliveries and can lead to rapid mood swings, difficulty communicating, hallucinations, delusions, paranoia and suspiciousness among other symptoms.

Heuring was affected enough by the news to reach out to Seth and ask his permission to dedicate her Johnson & Johnson capstone presentation this past January to Radhika’s memory – permission Seth granted.

“It’s so awful for everyone who has to go through this, but when you hear about a physician who was trained in perinatal mental health it really hits home,” Heuring said. “Because it shows it can happen to anyone – no matter who they are.

“I was familiar with Seth because he was just a year ahead of me at CSB+SJU. I always saw him giving campus tours, even though I didn’t know him personally. I never knew Radhika, though my sister did because she was an RA (resident assistant) on her floor for a time. So there was a common connection there, and it’s really been reaffirming to connect with Seth. Having his blessing has been a gift. He and his family are going through so much, but he’s committed to raising awareness and trying to make a difference for others.

“I was pretty nervous about asking him,” she continued. “But we connected through LinkedIn and were able to have a really nice conversation. Once I knew I had his blessing, I really had to practice the presentation to get through it without crying.”

Seth Snyder said efforts like the one Heuring is undertaking could not be more needed.

“It means a lot,” he said. “The biggest problem we still face is eliminating the stigma around mental illness. We need to talk about it more often so that people feel comfortable seeking help for anxiety and depression and all of that kind of stuff.”

He said that working to erase that stigma is his way of keeping Radhika’s memory alive.

“Since she died, a couple of things have kept me going and refreshed my energy,” Seth Snyder said. “The first is that her clinic started a postpartum doula scholarship program to help support families dealing with postpartum health issues. The second is that I ended up meeting another member of this club that no one wants to join – surviving spouses and families. One of the families I’ve gotten to know, the sisters of another physician mom here in Minnesota who died by suicide last year, joined me in starting a nonprofit called the Doctor Mom Foundation. Our goal is to look for ways to increase postpartum support and working conditions, especially for parents working in healthcare. So efforts like Deidra’s are really important to me.

“My daughter is nine and there are times I catch her trying to take care of me because she worries I might get too sad and it would be her fault,” he continued. “No child thinks it’s their fault if their parents catch a cold. But for some reason, mental health is a different story and that needs to change.”

Heuring has been a staff RN at the St. Cloud Hospital since 2008, working most recently in the Post Anesthesia Care Unit. She has also served as an adjunct faculty member in the nursing program at CSB+SJU.

Along the way, she began her focus on perinatal mental health – which led to pursuing a spot in the Johnson & Johnson cohort. “A lot of my work at St. Cloud Hospital has been spent in the neonatal intensive care unit working with families who are often going through some traumatic times and I wanted to do more,” she said. “I wanted to make a bigger impact in the community around me and this was an opportunity to get the skills I was looking for.

“I was actually scrolling through LinkedIn when I found it. Initially, I thought there was no way I’d get it because it was a national fellowship. But I worked on my application, submitted it and it came through. In a way, I think there was some divine intervention at work.

“But I believed strongly in what I was doing, and I felt like I was clear in stating my purpose in my writing. Hopefully that came through.”

That sense of purpose is driven, at least in part, by stories like Radhika’s.

“Thinking about her has definitely made me more driven as we’ve moved through this process,” she said. “If there’s ever a day that I get tired and don’t feel like working on it, I think about the fact that her kids are growing up without their Mom.

“I want to do everything I can to help others going through some of the same things she was.” 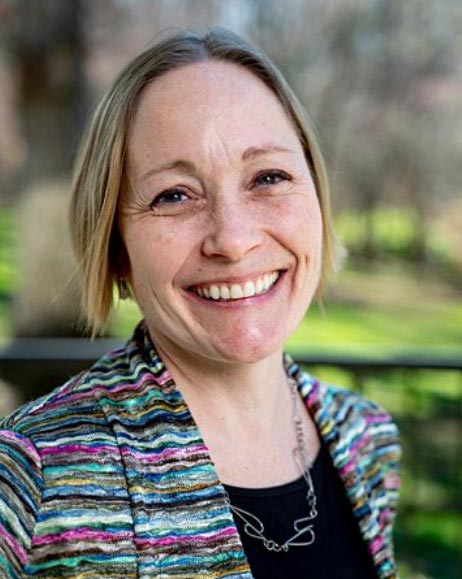