Brian Bruess, the first president of both the College of Saint Benedict and Saint John’s University, has barely been on the job for two weeks but he is already well on his way to connecting with old friends.

Bruess, whose tenure at CSB and SJU began on July 1 after five years as president at St. Norbert College, has plenty of contacts in Minnesota after spending almost 22 years at St. Catherine University in St. Paul. One of those familiar faces is that of WCCO-AM (830) drivetime host Jason DeRusha, well known to people all over the state as a former news anchor for WCCO-TV (Channel 4).

Bruess and DeRusha, who left behind 19 years on mostly morning and noon telecasts to transition behind the mic, renewed their friendship Friday afternoon (July 15). Like any good friends, their conversation contained some banter as Bruess congratulated DeRusha on his move to radio.

“You’ve become a voice that people trust in Minnesota and now they can enjoy the wisdom of your voice without the distraction of your good looks,” Bruess said.

DeRusha pointed out that he didn’t blame Bruess, who threw out the first pitch at the Minnesota Twins game on July 14, for a 12-2 loss to the Chicago White Sox at Target Field – the Twins’ worst loss of the season until Sunday, when they were shut out 11-0 in their final game before the all-star break.

“When the best pitching you see at the Twins game comes from the ceremonial first pitch, you know it was a rough night,” DeRusha said.

“It was a good pitch,” Bruess added. “Top third of the strike zone. It didn’t come with three-digit speed on the radar, but it was a pretty good throw since I hadn’t done that since I was about 11 or 12.” 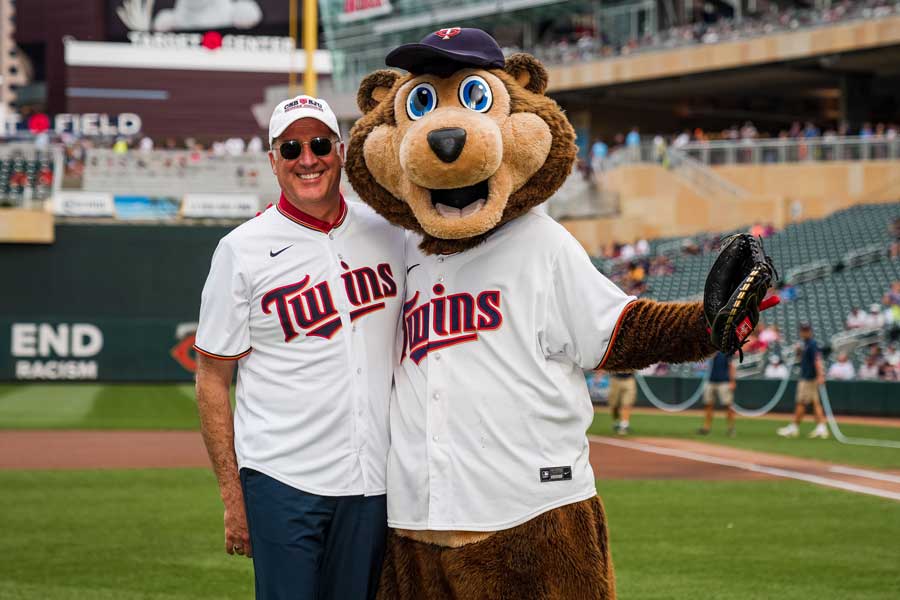 Despite some softball questions, DeRusha also asked Bruess about the shifting landscape of higher education. DeRusha, who has a 17-year-old son currently making college campus visits, said he’s learning firsthand what a major investment it can be.

“The headwinds in higher ed really preceded COVID,” said Bruess, who expects more than 3,000 students this fall at Saint Ben’s and Saint John’s. “There are demographics and affordability questions. There are some hard, cold facts about the birth rate – particularly in the northeast and the Upper Midwest. The decline in birth rates is driving fewer high school graduates, so that means institutions like Saint Ben’s and Saint John’s need to compete harder for the students that we get.

“Of course, COVID introduced challenges, followed up by inflation we’re seeing now and recession. It’s an environment that requires more sophisticated planning and responsiveness – especially for institutions like Saint Ben’s and Saint John’s who have such great reputations for personal attention … Families have to look not at the sticker price but at the net price. After we award merit scholarships and need-based scholarships, we become very competitive with other public universities.”

Here are some timestamps for different highlights of their conversation:

2:50: DeRusha asks what it means for Bruess to be the first simultaneous president of both CSB and SJU.

3:45: How do you keep the unique identities of the two schools moving forward?

4:45: DeRusha asks about the significance of loyalty on the part of CSB and SJU alumni.

6:06: DeRusha touches on the shift in potential college students because families are often smaller now than they have been in the past.

7:02: Bruess addresses job placement, and how Saint Ben’s and Saint John’s are Nos. 1-2 in the state in job placement for graduates.

7:54: DeRusha asks Bruess how private colleges make a value proposition based on tuition and expenses.

8:57: DeRusha asks what solutions can be made to make college more affordable.

10:36: Bruess speaks about Saint Ben’s and Saint John’s Night at the Twins game on July 14, when he threw out the first pitch.

11:21: DeRusha asks about Bruess’ wife, Carol, a former professor at the University of St. Thomas, who has been active on social media and acting as an ambassador in their previous tenure at St. Norbert College. 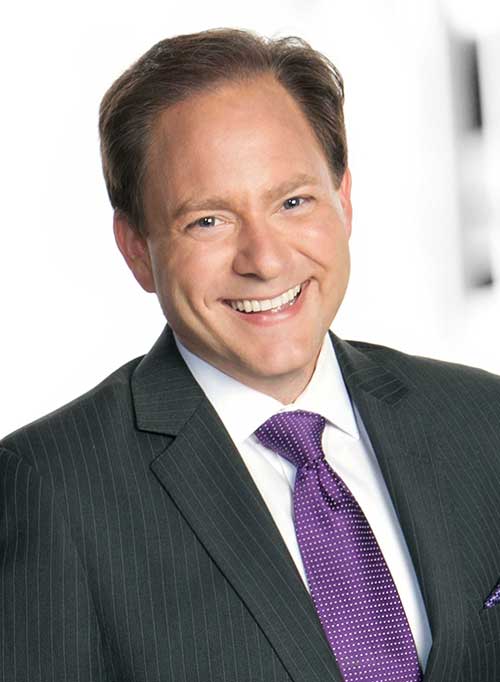 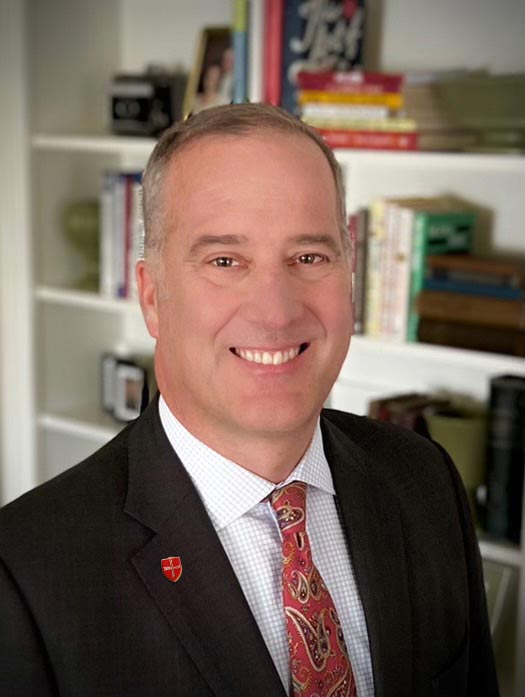