A Saint John’s University graduate has been named by Pope John Francis to serve as an auxiliary bishop of the Archdiocese of Saint Paul and Minneapolis.

A release from the archdiocese Thursday announced the Episcopal Ordination of Fr. Michael John Izen ‘89, who earned an undergraduate degree in mathematics and computer science from SJU, will take place on April 11 at the Cathedral of Saint Paul.

In his new post, the 55-year-old native of Fairmont, Minnesota, will work with Archbishop Bernard A. Hebda and Auxiliary Bishop Joseph Williams to lead the Archdiocese in the 12-county metro area.

Izen said he was “surprised, humbled and a little terrified” when he received the call from the Apostolic Nuncio informing him of the appointment.

“When I was on the phone with the Apostolic Nuncio and he was asking me, I was thinking about all my buddies who would make much better candidates than I,” Izen said in an interview Thursday morning. “But as much as I never suspected I would be Bishop material; I would also never say no to the church when asked. So, I said yes, not knowing where it will lead, but trusting in the Lord.”

He said Archbishop Hebda has been “very supportive and reassuring” and “very fatherly.” Izen said he looks forward to being an extension of Hebda to the Archdiocese and “serving and being present to the people of God.”

Izen said he remembers his time at SJU fondly, especially the relationships he formed during his time at the school.

“By far, my best memories are of the friends I made,” he said. “And it’s such a beautiful campus.”

Izen worked for 3M as a systems analyst for nine years following his graduation from Saint John’s before enrolling at the Saint Paul Seminary. There he earned a Masters of Divinity degree. He was ordained to the priesthood on May 28, 2005, by then-Archbishop Harry J. Flynn. Izen was one of 15 people ordained to the priesthood that day, making it one of the largest ordination classes in decades.

Izen then ministered at Divine Mercy in Faribault, Minnesota, until 2007 before taking over as pastor at Saint Timothy in Maple Lake. He served there until February 2012, when he became pastor at Saint Raphael in Crystal, then was assigned to Stillwater in 2015.

“It is with deep gratitude to Pope Francis and Christmas joy that I welcome the wonderful news of the appointment of Bishop-elect Michael Izen as an auxiliary bishop of this Archdiocese,” Archbishop Hebda said in the release. “The priests and faithful of the Archdiocese should be honored that once again the Holy Father has chosen a priest of this local Church to serve as a successor of the apostles.

“I have come to know Bishop-elect Izen as a generous and capable pastor with a great love for Christ and for his sheep. I have particularly admired his ability to collaborate effectively with brother priests, Religious Sisters and lay leadership in advancing the work of the Church. His impressive natural gifts all suggest that the Lord has long been preparing him to serve as a bishop. I am confident that the Archdiocese will benefit greatly from his leadership and experience and I personally look forward to working with him more closely as he begins this new ministry. Please join me in both congratulating Bishop-elect Izen and offering him our prayers as he prepares for his upcoming ordination.”

Hebda officially introduced Izen Thursday morning at the Archdiocesan Catholic Center in Saint Paul, an introduction which was live streamed on the Archdiocese’s Facebook page.

"I've come to know him as a man with great pastoral gifts," Hebda said. "Since the time that I've been here, he's provided exceptional leadership in Stillwater with the two parishes there and also with St. Charles in Bayport and then St. Croix Catholic. He's certainly a priest that understands well the demands that are placed on our pastors. Especially in the current situation where so often a priest wears more than one hat."

"It's really exciting," said Eric Trygstad, the school's assistant principal. "Fr. Izen is such an amazing servant. I've been here two years now, and he not only knows every kid by name, but he knows their grades and he knows their parents. He has meant so much to all of us here." 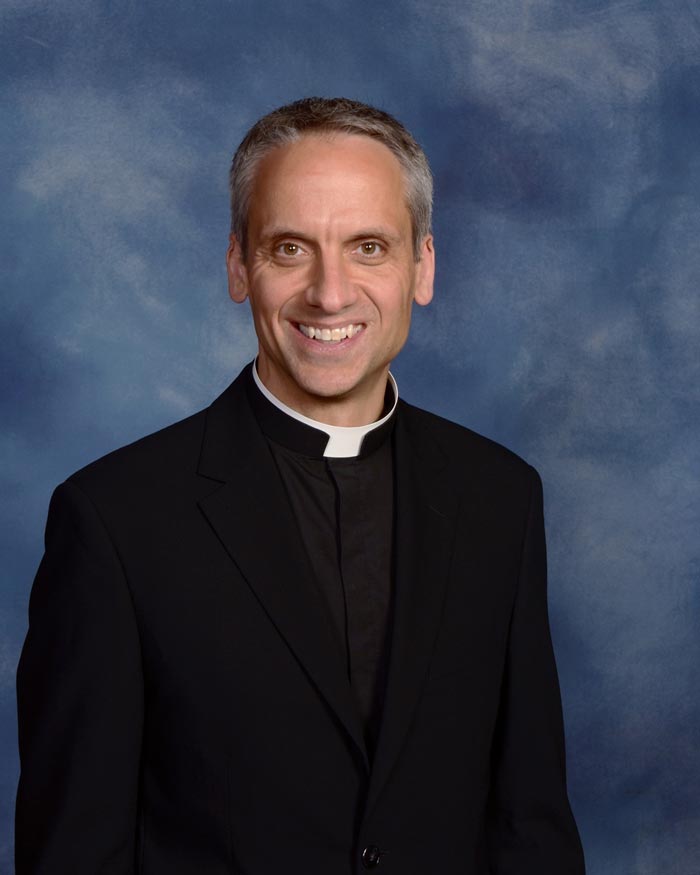 Fr. Michael John Izen '89 was named auxiliary bishop of the Archdiocese of St. Paul and Minneapolis on Thursday by Pope Francis.