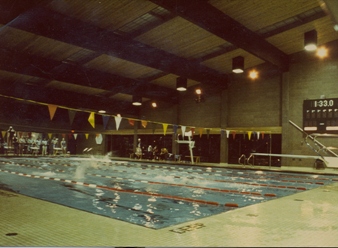 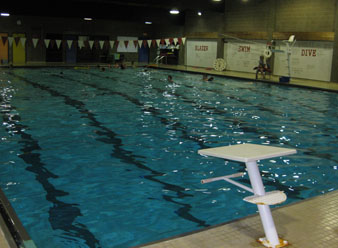 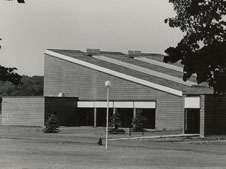 During President Stanley Idzerda's term, the College of Saint Benedict received a government grant to build an indoor pool. The grant covered 90% of the expenses, with the remainder of money raised through a student fee and St. Joe community rental charge.  In 1972, the ground for the pool was broken, and the pool was formally dedicated on December 9, 1973.  The dedication ceremony included  diving demonstrations by guest Craig Lincoln, 1972 Olympic bronze medalist.

The pool is a 75x45 feet rectangle, with depths ranging from ten to three feet.  It is connected to the gym through a hallway aligned with locker rooms, both male and female. Both locker rooms are equipped with bathrooms, a laundry area, showers, benches, equipment rooms and offices.  Each room also contains a sauna.