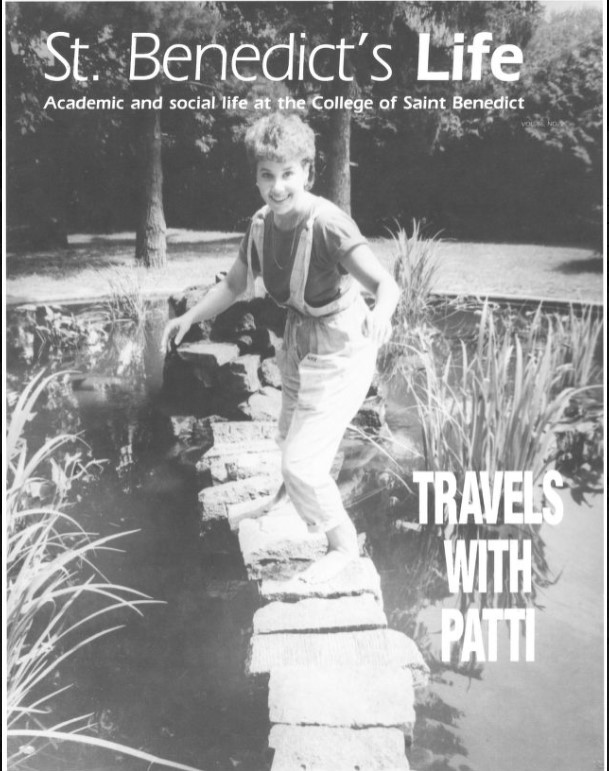 The St. Ben's fish pond, occasionally referred to in old publications as the "Lily Pond," lies between Teresa Hall and the parish/monastery cemeteries and Grotto.  The fish pond was constructed in 1926. In February of 1989, plans were made to renovate Teresa Hall and the surrounding fish pond area. The renovations were completed in 1990.

Originally, there was a stone bridge that connected to the stonework in the middle of the pond, in the center of which was a single-spigot fountain. For many years it was a tradition for students to have photos taken on this bridge.  The outermost stones of the bridge were removed some time after 1969, and in the early 1990's the bridge was removed entirely, thus ending the tradition of taking photographs from the middle of the pond.

The pond has long been a popular place for student activities, as well as a nice study spot.

There are Koi fish who call the pond home in the warm seasons. Every winter they are removed from the pond and brought indoors. A tradition began in 2002 of welcoming the fish back to the pond (2016 Parade of Fish video). Usually held during Earth Week, the event involves local school children and includes a procession to the pond, songs, and prayers.

On October 15, 2003, a bench in the garden setting at the fish pond was dedicated to the late Linda Mealey, Ph.D., a psychology professor at CSB and SJU. The bench was purchased by the Gender and Women's Studies program as a memorial to Mealey. A plaque is set on the bench to honor her contributions to the CSB and SJU community as a teacher and scholar.

Thanks to Diana Elhard, CSB '16, for drafting this text.