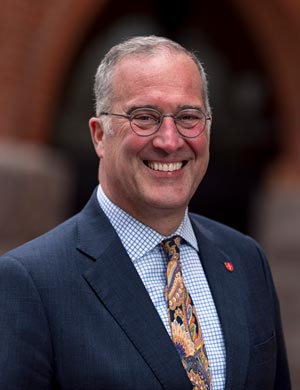 Brian J. Bruess, Ph.D., became president of both the College of Saint Benedict and Saint John’s University on July 1, 2022. Prior to that he served as president of St. Norbert College, a nationally renowned Catholic liberal arts school with over 2,000 students in DePere, Wisconsin, since 2017.

Before his time at St. Norbert, Bruess spent nearly 22 years at St. Catherine University in St. Paul, rising to serve with distinction as the executive vice president and chief operating officer.

Bruess earned his bachelor’s degree from St. Norbert College (1990) and his master’s and doctoral degrees in college student personnel/research and evaluation from Ohio University.