The Idzerda Society, in honor of Dr. Stanley J Idzerda 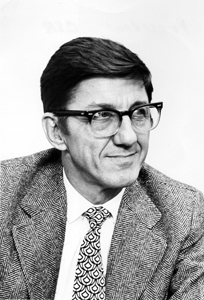 Dr. Stanley J. Idzerda was the eighth president of the College of Saint Benedict and the first lay president of a women's college in Minnesota.  He took office on July 1, 1968. Dr. Idzerda’s presidency saw record surges in enrollment as well as implementation to new programs, including Nursing, East Asian Studies, Physical Therapy, Liberal Studies and Individualized Majors that complemented the 29 already established majors. The first of many programs in place today were under the direction of the eighth (and the first male) president of the college. The first study abroad program occurred in the fall of 1972 to southern France.  Summer classes began enrollment in the summer of 1973, and plans for employing student workers on campus began in 1973.