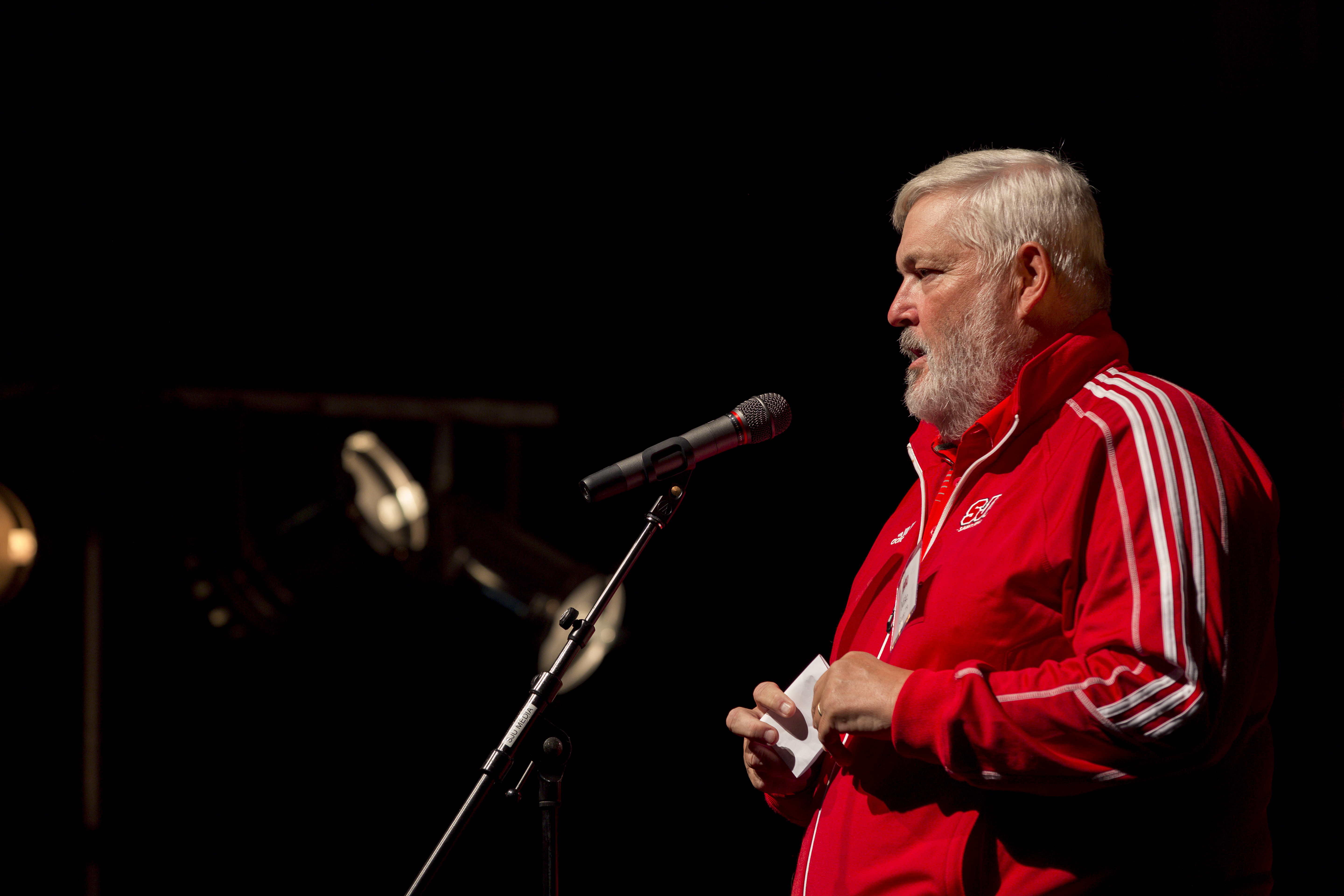 Mike Grant ’79 was presented with the 2018 Bob Basten Excellence in Leadership Award at the Johnnie-Tommie game on Saturday, Oct. 13. Mike received the award in recognition of his distinguished career as an educator, coach and athletic director.

Mike has coached Eden Prairie High School to 11 Minnesota state football titles and has positively impacted the lives of thousands of students over his years as an educator. In 2014, he was named the Don Shula NFL High School Coach of the Year and the Star Tribune Sportsperson of the Year.

As a student-athlete at Saint John’s, Mike played tight end and ended his career as the school’s all-time position leader in receptions (53), receiving yards (681) and touchdowns (8). He was named All-MIAC in 1977 and 1978, and as a sophomore was a member of the 1976 NCAA Division III national championship team. The son of legendary Minnesota Vikings coach Bud Grant, Mike was an assistant coach at Saint John’s before establishing his own legend at Eden Prairie.

Congratulations to Mike for his accomplishments and on receiving the 2018 Basten Excellence in Leadership Award.