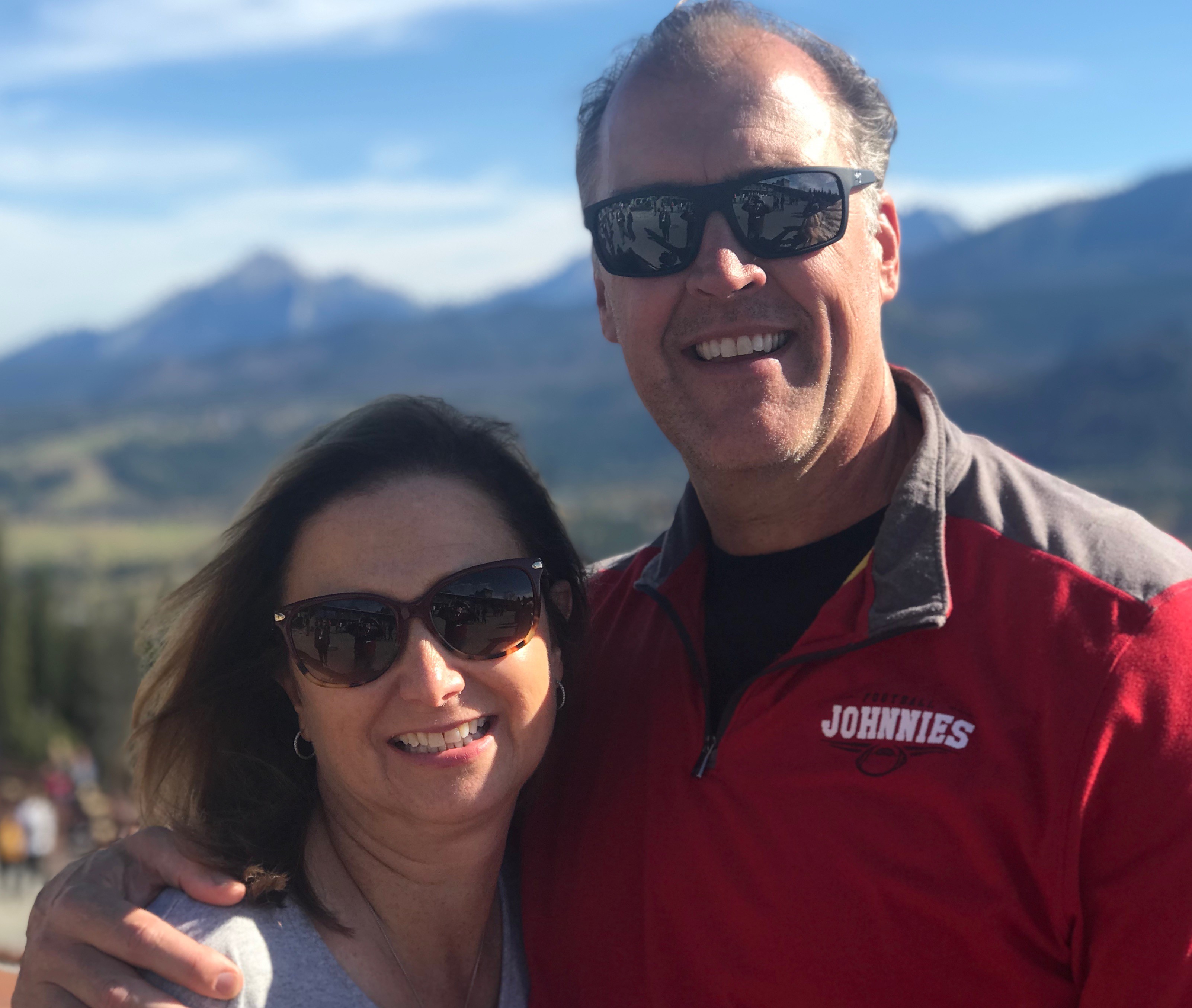 Tim Healy ’87 still recalls how different it felt when he arrived at Saint John’s University as a freshman in the fall of 1983 and saw the way legendary head coach John Gagliardi ran his football practices.

Among the items on Gagliardi’s famous list of No’s – a list that still forms the framework of how the Johnnies operate today – were no tackling in practice, no whistles, no blocking sleds or tackling dummies and no practice pants issued (players wore/wear jerseys and shoulder pads with shorts or sweatpants).

“I came from kind of a smash-mouth program in high school,” said the offensive lineman from Edina, Minnesota who went on to four successful seasons at SJU, earning All-MIAC first-team honors as a senior in the fall of 1986.

“So this was a lot different than what I’d been used to. But I loved it. It was great to be able to go out there in shorts every day.”

Beyond the wardrobe, Healy said the experience left a lasting impression on him. It’s part of why he has worked so hard over the years to make the game safer and more accessible for all players, but especially those at the youth level.

Those efforts are a big part of why he has been selected as the recipient of this year’s Bob Basten Award.

It’s an award bestowed annually upon a former Johnnie football player who has exhibited outstanding leadership traits, has been involved in his community and with his alma mater, has carried a sense of fair play beyond the football field and has demonstrated an overall commitment to excellence.

It’s named in honor of Basten, also a member of the class of 1982, who went to training camp with the Minnesota Vikings before embarking on a successful career as a business executive. He died in 2012 after a decade-long battle with ALS/Lou Gehrig’s Disease.

Healy - who will receive the award at halftime of the Johnnies’ nonconference matchup against Martin Luther on Sept. 18 at Clemens Stadium - is the president and CEO of TackleBar Football, a St. Paul-based company that has developed a new limited contact version of the game which serves as a bridge between flag and tackle. Players wear helmets, shoulder pads and a TackleBar harness around their midsection with two removable foam bars on the back.

Players make contact like they’re going to tackle, then pull a bar off the ball carrier’s harness. The devices were developed by biomedical engineer Jeremy Ling, who founded the company with his wife Brigid.

They partnered with Healy, who signed a free agent contract with the NFL’s New Orleans Saints right out of college and took part in a mini-camp with the team before going on to a career running a medical device distributorship representing Medtronic Spine and Biologics.

He also took up coaching, including 10 years coaching his three sons at the youth football level and three years on the staff at Roseville (Minnesota) High School.

“I was coaching seventh-and-eighth-grade football at Providence Academy (in Plymouth, Minnesota) six years ago when I first introduced to (the TackleBar system),” Healy said. “I think I was really attracted to it because of my experience at Saint John’s and how we practiced. John was ahead of his time in taking steps to make the game safer.

“And that’s something we really have to do. So many kids today aren’t playing football because of the fear of concussions or other safety issues. Our goal is to provide a way to address those concerns and make the game safer for everyone, so we’re not losing out on those younger players.”

Johnnies head coach Gary Fasching said it’s those efforts to strengthen the sport that make Healy such a worth recipient of this year’s Basten award.

“He’s gone on to become a very successful businessman.  His (work with) TackleBar has helped to safely revolutionize youth football around the country. Tim has given back to his community and to Saint John’s.  His support of our university and of our football program is very noteworthy.  He epitomizes greatness, determination and a willingness to help others and his community.”

For his part, Healy said receiving the award is deeply humbling.

“To be recognized by the Saint John’s football community like this is a huge honor for me,” he said.  “It really means a lot to me.”