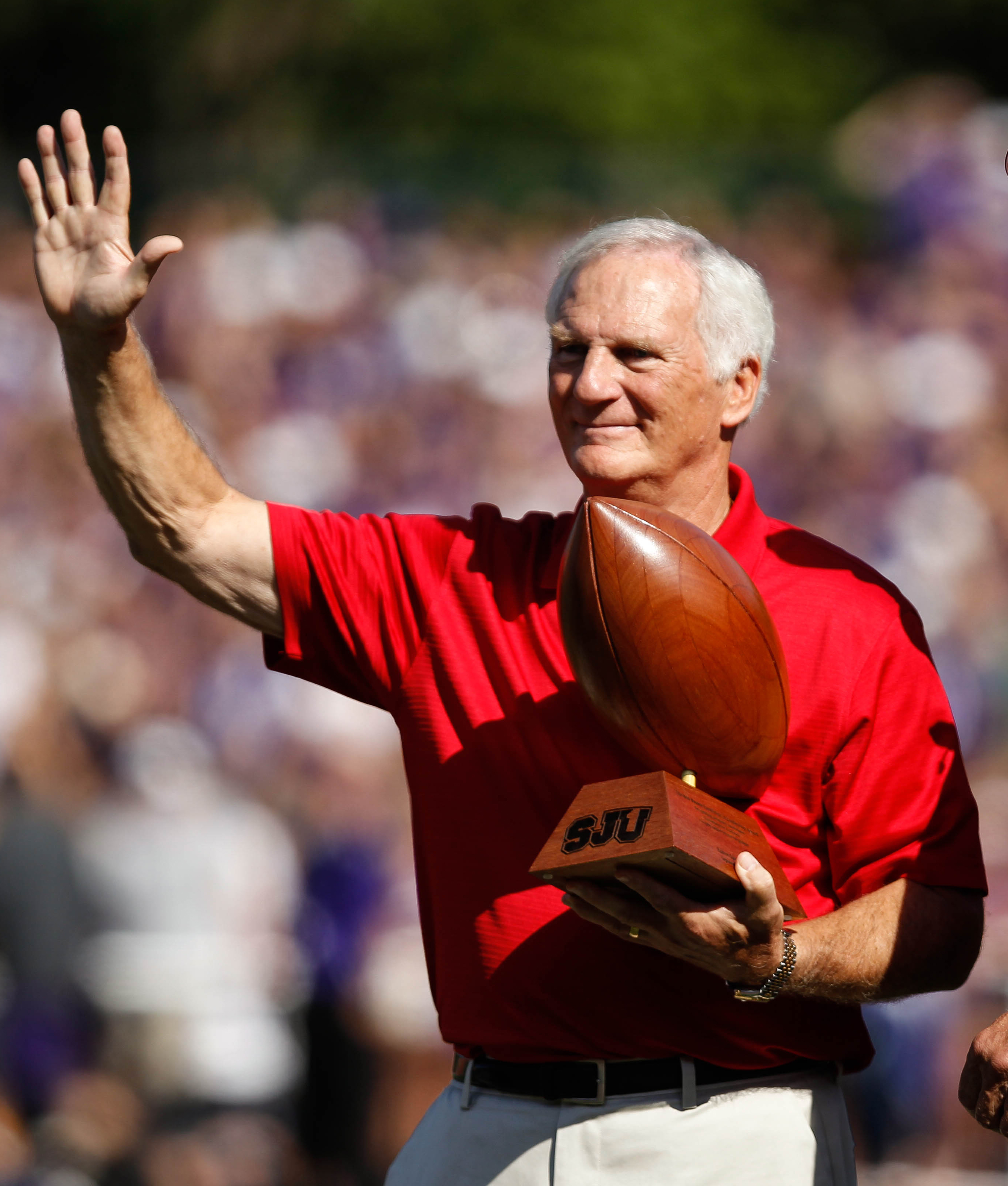 Robert Spinner '64 received the Bob Basten Excellence Award on September 26 at the halftime of the Homecoming football game. The Basten Award honors a former Johnnie football player who has demonstrated outstanding leadership and a commitment to excellence. It is given in honor of the late Bob Basten '82, a former Minnesota Viking and founder of the Playing to Win for Life Foundation for ALS Research.

Bob is one of our all-time greats. He was an All-MIAC and All-American running back, and a key player on our first national championship team in 1963. In fact, Bob opened the scoring in that championship game with a punt return for a touchdown.

As impressive as Bob's football career, his endeavors since are equally notable. Bob had a remarkable career in healthcare administration, serving as president and CEO of Abbott Northwestern Hospital and President of Allina Hospitals and Clinics. After retiring from healthcare, Bob also served twice as CEO for Catholic Charities of St. Paul and Minneapolis. He has also remained very connected to Saint John's and served as chair of the Board of Regents.