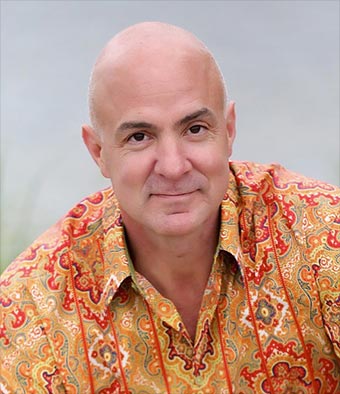 For Lou Raiola, being named the 2019 winner of the Bob Basten Excellence in Leadership award is an especially meaningful honor.

That’s not only because it recognizes his decades of work uniting nonprofits, for-profit and celebrity influencers in support of worthy causes, but because it is named for his friend and former teammate.

“I’m very humbled by this,” said Raiola, who will receive the award at a ceremony at halftime of the Johnnies’ Homecoming football game against Augsburg on Oct. 5 at Clemens Stadium. “It’s such a tremendous honor.”

The award is bestowed annually upon a former Johnnie football player who has exhibited outstanding leadership traits, has been involved in his community and with his alma mater, has carried a sense of fair play beyond the football field and has demonstrated an overall commitment to excellence.

It’s named in honor of Basten, also a member of the class of 1982, who went to training camp with the Minnesota Vikings before embarking on a successful career as a business executive. He died in 2012 after a decade-long battle with ALS/Lou Gehrig’s Disease.

Raiola, who played football and hockey for the Johnnies, was a teammate of Basten’s and an All-MIAC running back in 1980.

“I knew Bob well and he had such a commanding presence,” Raiola said. “He was a heckuva football player, super intelligent and a great teammate. He was one of those guys who led by example and whose presence just put you at ease.

“Even as ALS started to set in, that never changed Bob’s attributes and values. The disease may have ravaged his body. But his personality never changed. He still had that unique ability to make you feel completely comfortable around him even with all he was going through.

“As he learned of the ALS disease, Bob didn’t retreat,” Raiola said. “Rather, he battled for others by forming Playing to Win For Life, a foundation to find a cure. And that is truly inspiring.”

Raiola’s own work has been inspirational as well. Since graduating Saint John’s, he has been dedicated to uniting individuals and groups together to promote the greater good. He was a pioneer of what today is known as cause marketing.

After working several years at Xerox after college, he founded Excelsior-based Force Multiply in 1986 – a company meant to combine his love of sports and a desire to serve the community.

Over the years, the company has helped partner companies, athletes and celebrities with nonprofits like the Special Olympics.

“It just seemed like the right thing to do,” said Raiola, who was inspired to explore the possibilities of sports marketing after reading a book titled What They Didn’t Teach You at Harvard Business School by author Mark McCormack.

His first national marketing campaign brought together the NFL and Totino’s frozen pizza for a campaign featuring the league’s quarterbacks that benefited the Cystic Fibrosis Foundation. It was a personal cause for then-Cincinnati Bengals quarterback Boomer Esiason, whose son had been diagnosed with the disease.

“I really just saw how it could be a tremendous multiplier to bring these brands and celebrity influencers together with nonprofits,” Raiola said. “It was a way to make an impact beyond just going out and asking people for dollars.

“I’m a supporter of philanthropy. I think individual donations and corporate foundations can make a huge difference. But I am passionate about the power of a collective effort.

“When individuals and organizations unite in a shared effort, that is where you can drive real societal change,” Raiola said. “I have always believed you can do well by doing good.”

Raiola’s work has continued over the decades. In 2017 he launched The Purpose Awards, a partnership with Dick Clark Productions that recognizes internet influencers for good work. The Purpose Alliance was founded the following year.

Among his current areas of focus are youth sports, military families, health and nutrition and diversity and inclusion. He’s worked with everyone from Dan Marino and Magic Johnson to Zac Brown and Taylor Swift.

“I really believe we’re going through a global purpose revolution right now,” he said. “The impact of technology has transformed entire industries. The rise of the millennial and Gen Z demographics in the workforce are fueling an era of citizenship and people are looking to companies and celebrity influencers to lead cultural change.

“I have a role in this, and that is to be a catalyst and help companies and celebrities transform their companies and personal brands to embrace their roles as leaders.”

It is that attitude that Johnnies head coach Gary Fasching ’81 said makes Raiola a worthy recipient of the award.

“He was a great football player while he was here, but if you look at what he’s gone on to do since, he’s made an even greater impact in the community,” said Fasching, who played with both Raiola and Basten.

“Anybody who played with him back then knew that would happen. He’s always had a great personality and an outstanding work ethic. He was one of those guys who always had a smile on his face and was looking to help other people.”

He still is. Raiola hopes to use the platform the award provides as a springboard to do something positive. He is organizing a volunteer food packing drive to be held the morning of this season’s Johnnie-Tommie game Oct. 19 at Allianz Field in St. Paul.

The event will be held from 9:30-11 a.m. that day at the stadium. Supporters of both teams will compete by packing MATTERbox snack packs of healthy food. The event will benefit The Sanneh Foundation, which assists St. Paul youth, and the Bahama relief efforts at CSB/SJU.