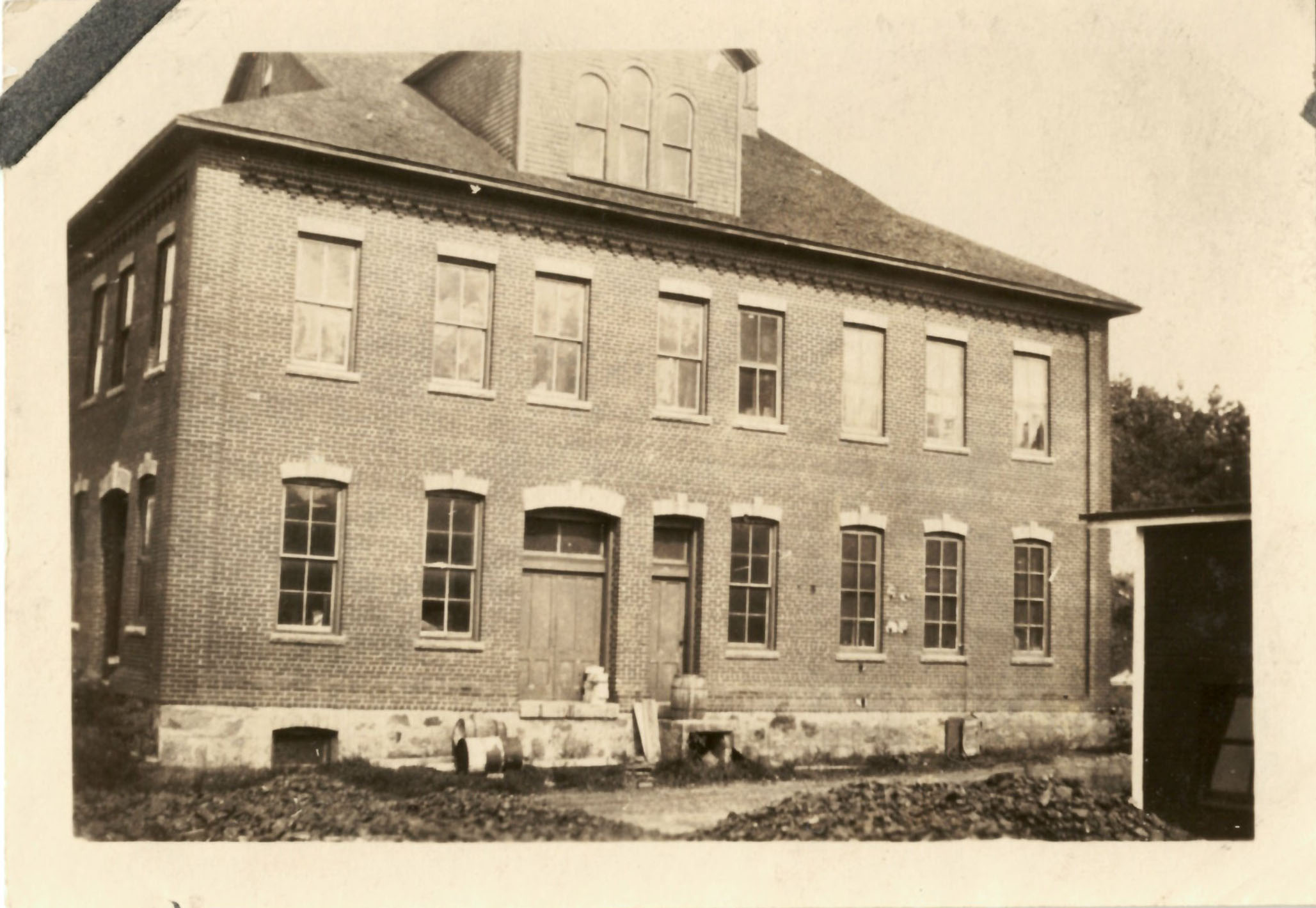 In 1863, the Old Frame House at Indianbush became the site of the first carpenter shop at Saint John’s. The structure was then moved to the north end of Lake Sagatagan in 1867, and a sawmill was erected by Lake Watab in 1868. On June 27 th, 1894, a tornado damaged the carpenter shop, so a new carpenter/blacksmith shop was built in 1903, in what is woodworking's present-day location. A power plant was added in 1909 to help burn wood.  In 1939, the woodworking shop was damaged by a fire, which destroyed the roof and upper story of the structure. Luckily, most of the equipment on the ground floor was saved. The woodworking shop has helped with construction and expansion of many buildings such as Mary Hall in 1950, the interior of the new monastery in 1956, as well as the forms for the construction of the Abbey church in 1959-1961. The woodworking shop has also created thousands of pieces of furniture such as tables, bookcases, chairs, beds, and coffins for those in the St. John's community. They have also created cabinets to hold The Saint John's Bible Heritage Edition. The woodworking shop has always focused on values of stewardship and sustainability in its practices.

Most recently, the woodworking shop has shared its talents on the Holtkamp-Pasi organ in the Abbey Church. The expansion of the organ, first built by Walter Holtkamp Sr. in 1961, means that there are no longer any musical limitations to community worship. The inaugural year of concerts for the organ will launch in the fall of 2021.

Norton, Dave, "Woodworking shop is still buzzing," The Record, April 9, 1987, p. 6. NOTE: The monk in the photo on page 6 is Br. Hubert Schneider, previous director of the Woodshop, not Gregory Eibensteiner.