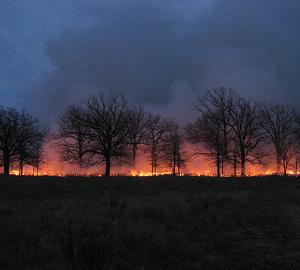 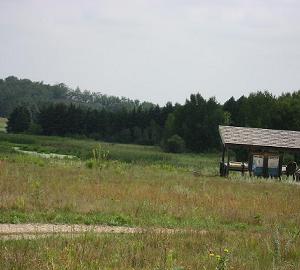 The following brief history of the Arboretum is excerpted from an article published in Sagatagan Seasons: The Newsletter of Saint John's Arboretum, vol. 10, no. 2, Spring 2007, p. 4 and 6, available on the Arboretum website.

"The Abbey and It's [sic] Land" by John Kulas, OSB

....Saint John’s land was a laboratory for intense scientific research, a continual reminder of God’s munificence, and a call to find God in caring for it. A young monk, the late Fr. Paul Schwietz, was encouraged by the Abbey to pursue a graduate degree in forestry and was appointed land manager.  Abbot Timothy appointed a committee which recommended the formation of an arboretum at Saint John’s.

This was a stepping stone to the development of a grand vision of an arboretum encompassing the entire property of Saint John’s. Fr. Paul was named director. By charismatic leadership he assembled a like-minded and dedicated group of monks, faculty, students, neighbors, educators, and professionals to fill posts on Council, staff, and committees.

Early projects included the restoration of prairie, wetlands, oak savanna, and an imposing boardwalk. Nature trails were installed and a kiosk was erected. Extensive outreach to local schools was explicitly fostered. Recognizing these efforts as an outgrowth of traditional Benedictine stewardship, the Abbey provided strong moral and financial support. So did the University. Neighbors and friends were recognized as beneficiaries of this arboretum and were consistently involved.

And so the vision became a reality.  Ten years ago, on May 9, 1997, 140 years after the discovery of this site, the entire Saint John’s community assembled at the oak savanna to designate and consecrate Abbey lands and waters as the Saint John’s Arboretum. Words lauding the preciousness of the natural area were proclaimed. This property was claimed for the extended community of monks, faculty, SJU/CSB students, neighbors, friends, supporters, benefactors—one community in one sacred place...