Seidenbusch Apartments (from left to right), 1972, 1992 and 1998 (an aerial view of their second location in Flynntown, taken looking south, with Fruit Farm Road at the top)
(click thumbnails for larger images)

The Seidenbusch apartments were completed in 1972, totaling $145,000 for construction and furnishings.  Construction was done by Dan Brutger Construction Company on the west side of the SJU campus, overlooking Watab. A variety of complexes were built, ranging from two-, three-, four- and six-person apartments. Each apartment was equipped with a living room, kitchen, bathoom, and bedrooms. The apartments were mainly built for upperclassmen.

In 1992, the Seidenbusch apartments were moved to Flynntown. The move took place to make room for Joe Hall, which was also being moved in order to create space for Sexton Commons. During the summer of 2000, the Seidenbusch Apartments underwent renovations to improve the look of their interior spaces. In 2006, they were burned down, as a practice exercise for the St. John's Fire Department, and replaced by the last of the Vincent Court apartment (so-called) "Monopoly houses." 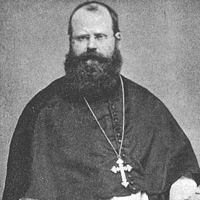 The Seidenbush apartments were named after Rupert Seidenbusch (1830-1895), a member of St. John's Benedictine community that served as Abbot from 1866-1875.