SJU and CSB graduates can be found all over NFL

Ben Bartch ’20 is the only one currently playing in the NFL. But the Jacksonville Jaguars offensive lineman is far from the only Saint John’s University or College of Saint Benedict graduate working in a position of prominence in the league.

There is also 2000 SJU graduate Trent Kirchner, the vice president of player personnel for the Seattle Seahawks.

And there is Dr. Pat McKenzie, a 1979 SJU graduate who has been the team physician for the Green Bay Packers since 1991. For years, he worked alongside associate team physician John Gray, a 1976 SJU grad, before Gray’s retirement a couple of years ago.

Meanwhile, the Minnesota Vikings have five CSB+SJU graduates working within their organization. That group starts with 1998 SJU graduate Ryan Monnens, the team’s co-director of player personnel, and 2001 CSB graduate Anne Doepner, the Vikings’ director of inclusion and employee investment.

“There’s a community bond we all share in common,” said Bartch, an All-American at SJU whom the Jaguars selected in the fourth round of the 2020 NFL Draft. “I think it just goes to show our graduates are capable of doing anything.”

The list above didn’t even mention retired alum Bernie Kukar ’62, a referee in the NFL from 1984-2005 who officiated two Super Bowls and was an alternate for another.

“I have no idea if that’s a large number or not,” said Monnens of where CSB+SJU ranks among NFL employee representation. “But it sure feels like it’s a lot and it’s a group I’m proud to be part of.”

Many have spent years working their way up through the ranks. That was the case for Kirchner, who was a scout with the Washington organization, then with the Carolina Panthers from 2002-10.

He had a longstanding connection with John Schneider, the University of St. Thomas graduate and longtime Seahawks general manager. Schneider brought Kirchner into the team’s front office in 2010, and the pair helped shape a team that won the Super Bowl following the 2013 season and was back in the big game again the ensuing year.

“That’s the way it usually happens in the NFL,” Kirchner said. “No one gets hired into a key front office position right out of college. Or if that does happen, it’s extremely rare. You start out doing everything from driving players to physicals to changing out the boards on the waiver wire on a daily basis.

“You kind of have to take the mentality that no job is too small and learn from everything.”

Kirchner said seeing SJU graduates go on to do big things in all walks of life inspired him to aim high.

“It’s such a tight-knit community there, and one of the biggest things is the encouragement you’re provided with to dream, to not think any job is too big for you to go out and achieve,” he said. “You see people who have been at Saint John’s and the things they’ve gone on to do in government, education or the private sector. You want to obtain that kind of success as well.”

In many ways, Kirchner’s career mirrored that of Monnens, who has steadily climbed the ladder in the Vikings’ player personnel department over his two decades with the team.

Monnens said it was McKenzie who helped inspire him to pursue a career in the NFL, Kirchner who he’s seen as a friend and peer and now Essler who is taking a path similar to his own.

“Dr. McKenzie won’t remember this, but he gave a presentation during my senior year at Saint John’s,” Monnens said. “He put a slide show together and talked to a number of us, sharing his own experiences. That made a huge impression on me and made me think I had a chance of getting my foot in the door too.

“Trent and I have stayed close over the years. He was only two years behind me and we’ve kind of traveled similar paths. I just saw him at the Senior Bowl (college all-star game) and it was fun to connect again.

“It truly is about sharing our experience with others. It’s been fun to see Jake’s career progress from an intern, to our Blesto scout, and now our East Coast Scout. And we’ve had a number of interns come through here from both Saint John’s and Saint Ben’s over the years.”

Doepner’s path was a little more unconventional. A French major at CSB, she joined the Vikings as an executive assistant in football operations in 2006 and worked her way up to become the director of football administration, a role in which she negotiated contracts and handled salary-cap relates issues.

In 2019 she took over her present position, in which she works to expand opportunities in the NFL for everyone. The role was the first-of-its-kind in the league when she started, but a number of other teams have followed suit.

“It’s a passion for me, for sure,” Doepner said. “I want to see people be successful. And it’s a privilege to be able to play some small part in that.”

Doepner credits her time at CSB for helping her learn valuable leadership skills.

“I got to be the editor of The Record,” she said. “That was an important role for me. I didn’t even realize I was leading. I had always wanted to be a journalist and it was exciting to be able to tell stories and provide information. But it helped me hone my abilities and develop the confidence to speak up and be a role model for others.

“That’s the kind of opportunity I don’t know if I would have gotten at a larger school.”

Both Monnens and Doepner were among the team officials assisting in the recent search for a new general manager and head coach to replace Rick Spielman and Mike Zimmer after both were fired following the 2021 season.

“It was an honor to be included in the search committee to select a new head coach and general manager for the team,” Doepner said. “I am proud of the thorough process we followed and I am looking forward to collaborating with our new regime.”

“For me, it’s been amazing to be part of the process of finding both a new head coach and general manager with ownership and others like Jamaal, (Executive Vice President of Football Operations) Rob (Brzezinski), (Chief Operating Officer) Andrew (Miller) and Anne,” Monnens added. “It’s been a great learning experience to talk with these candidates about their own processes and approaches to football.”

McKenzie has been with the Packers for 31 years.

In that time, he has been part of three Super Bowl appearances (two victories) and for the long and successful runs of starting quarterbacks Brett Favre and Aaron Rodgers. He coordinates the team’s medical care and takes care of orthopedic issues.

He said it was his time at St. John’s that helped prepare him for professional success.

“I know there are all these academic rankings,” he said. “I don’t know about all that. But I do know I felt Saint John’s was No. 1 in my opinion in educating young people. It was such a total growth experience for me. The way the upperclassmen engaged the lower classmen. The way teachers engaged students and the way students were encouraged to engage with teachers. The whole thing was geared toward growing up to be good people, hard workers and getting all the tools you needed to go on and do well in your professional career.”

During his time at SJU, McKenzie was a standout on the basketball court. His son  Pat Jr. followed in his footsteps, going on to his own career as a player in Collegeville, then taking over as the team’s head coach in 2015.

“That’s been so fun to watch,” he said. “He’s doing a great job. He’s doing the same thing with those kids now that the school did for me and for him when he was there. He’s educating them.”

Kukar first caught the officiating bug when he was a star football and basketball athlete at SJU in the early 1960s.

"Back in those days, when you didn't have enough money to afford Saint John's on your own even after adding in grants and scholarships, they gave you a job,” he said last fall. “And mine was officiating intramural basketball games, as well as pulling out all the bleachers (in the Old Gym, now known as Guild Hall) before varsity basketball games."

He went on to referee in the high school and college ranks before reaching the NFL, where he worked as a back judge from 1984 to 1990 and was promoted to referee at the start of the 1991 season.

He remained there until 2005 and helped others get there as well.

Spanier attended St. Cloud State, but his daughter Kelly and son Ross both attended CSB+SJU. Ross played football for the Johnnies in the early 2000s.

“Ross and Bernie’s son Matt were in the same class and they got to know each other,” Spanier said. “Ross said every now and then they’d talk about us because they shared that connection in common.”

During his travels around the league, Kukar said he touched base with fellow SJU grads like McKenzie and Gray.

“When I had Green Bay, I would come out on the field 45 minutes before game time to check everything out – clocks, TV people, chain crew, etc.,” he said. “But first, I would head for the Packers bench and find McKenzie and (1976 graduate Dr. John) Gray. We’d talk about SJU and the Packers coaches would always wonder why I was talking to the doctors. I’d tell them we were having a St. John’s Alumni meeting and they were not invited.

“Seems like they always got a kick out of that.”

Kukar said it his time at SJU that really started it all.

"Saint John's has really given me everything I have," he said. "They took me in and helped me when I didn't think I could afford it and I'll always be grateful for that. If I hadn't come to Saint John's, I'm not sure where I would have ended up." 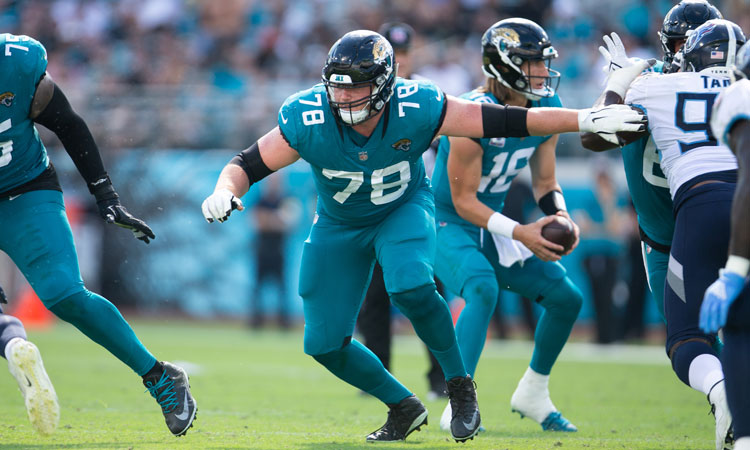 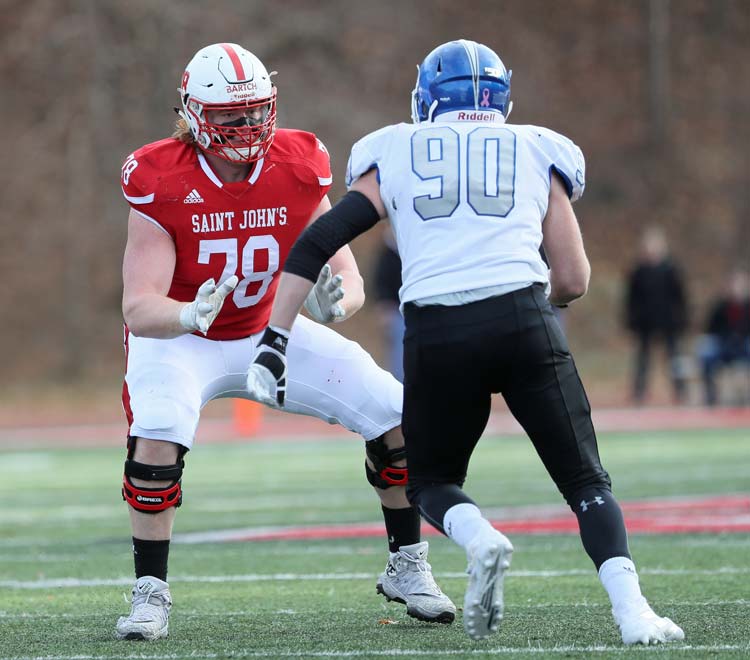 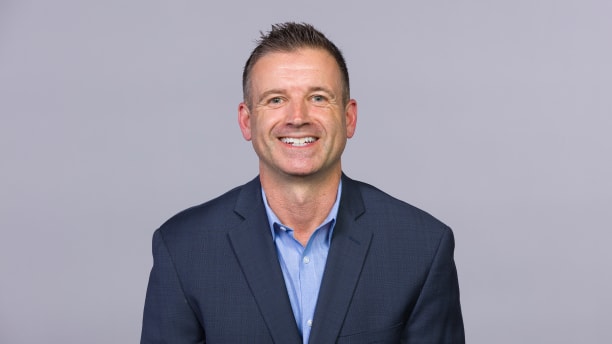 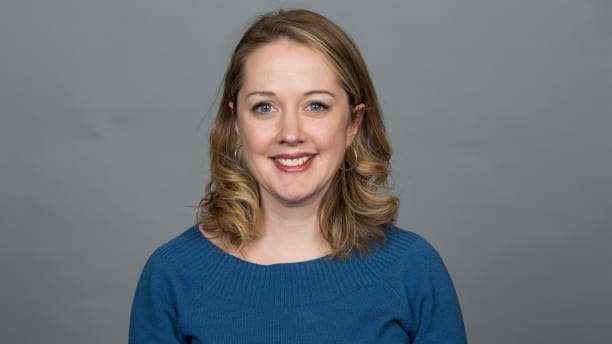 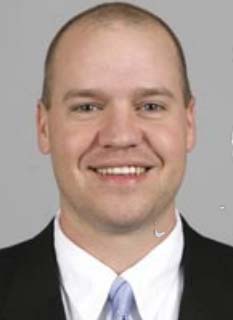