Lasting 23 years in an NFL front office is not an easy thing to do, especially when you consider the demands of the work and the amount of turnover that often takes place.

But Ryan Monnens ’98 has managed to do just that, having steadily risen through the ranks of the player personnel department in the Minnesota Vikings’ organization in his over two decades with the team.

And now, he’s reached his highest perch yet.

Last week, the team announced that Monnens – who’d been the Vikings’ director of pro scouting the past eight seasons – and Jamaal Stephenson – who’d spent the past seven seasons as the team’s director of college scouting – had each been promoted to co-director of player personnel.

A release from the team said that “together they will oversee all college and pro scouting operations and personnel decisions.”

Monnens and Stephenson each worked closely with Spielman during the free agent period this offseason and during the lead-up to last spring’s NFL Draft.

“Jamaal and I have a great relationship,” said Monnens, a graduate of Rocori High School in Cold Spring, Minnesota who went on to play football for legendary former SJU head coach John Gagliardi. “We’re close friends and we’ve worked closely for a long time now. He’s going to be spending more time in the office overseeing more of the pro scouting responsibilities. And I’ll be transitioning into overseeing more of the college side of things.

“The nice thing is that this group (in the player personnel department) has been together for a long time. Everyone knows what they need to do. And Rick has been great about allowing Jamaal and I both to be part of the decision-making process.

“Ultimately, it boils down to the fact that Rick has the final call. But we work seamlessly with him and with (head coach Mike Zimmer). These are relationships that have been built up over a number of years now. And there’s a lot of trust there.”

Monnens has been with the Vikings since 1998. He joined the player personnel department 20 years ago; the same time Stephenson joined the organization.

“We know each other really well and that’s helped make this a seamless transition,” said Monnens, who resides in Excelsior with his wife Krissy – a College of Saint Benedict graduate – and their daughter Olivia.

“And George was such a great mentor to both of us. We learned a lot just from seeing the way he deals with people. He’s a fantastic communicator. And I know Jamaal and I both want to try to bring those same qualities to our new roles.”

The promotions were part of a series of moves the team announced last week. Among the others was the announcement that Jake Essler ’14, a former running back at Saint John’s from New London-Spicer (Minnesota) High School, has been named the team’s East Coast college scout.

"We are proud to announce these changes within our player personnel and football operations staffs," Spielman said in the press release announcing the moves. "Each of these individuals has worked extremely hard to earn their new opportunities, and the entire organization will benefit from the enhancements we've made."

Essler has now been with the team since the 2017 season.

“He’s a guy who keeps his head down and works hard on the task at hand,” Monnens said. “He’s done a great job with everything we’ve asked of him. And I know he’ll do a great job for us as our East Coast scout.

“I’m just happy to see his hard work paying off.”

Monnens has a pretty strong work ethic himself, which is one of the reasons he has lasted as long as he has in the competitive world of the NFL.

“Some of it has to do with luck,” he said. “But the other thing is that I’ve never worried about what the next job is going to be. I’ve always tried to work as hard as I possibly can in whatever role I’ve been in. And I think that’s helped.

“That’s the advice I give to younger people who ask. Don’t worry so much about trying to climb the ladder as quickly as you can. If you focus on doing the best job you can in the job you’re in right now, the rest is much more likely to come.” 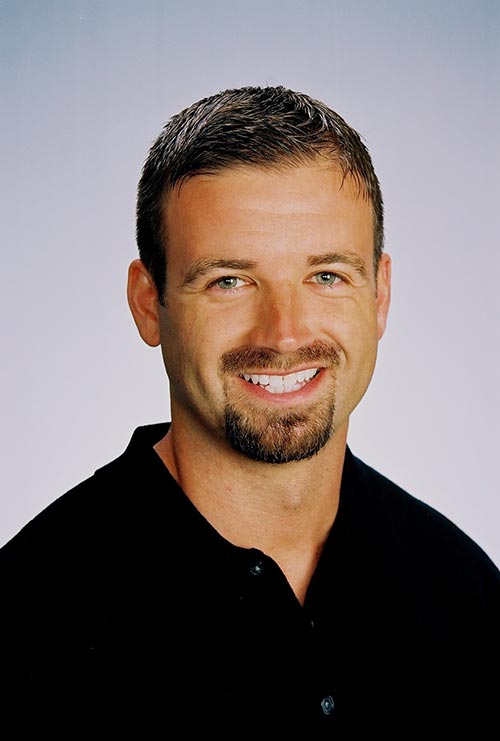