Kura: Prophetic Messenger – the book produced in conjunction with the sculpture that became the first permanent installation in the Jon Hassler Sculpture Garden on the grounds of Saint John’s Abbey and University in Collegeville – has garnered a tremendous amount of acclaim and recognition since it was published in October 2021.

But the most recent honor might be the pinnacle for Richard Bresnahan ’76, the founder and director of The Saint John’s Pottery and the artist who produced the sculpture that shares the book’s name.

The book, which chronicles the collaborative effort that brought the sculpture into being, has been named the winner of the 2022 Nautilus Book Award in the photography and art division.

The stated mission of the Nautilus Awards is to “celebrate and honor books that support conscious living and green values, high-level wellness, positive social change and social justice and spiritual growth.”

“It’s tremendously gratifying,” Bresnahan said. “The mission of these awards is a perfect fit for this project. But it’s an even higher honor because it recognizes international artists and writers as well. It’s not just drawing from a pool here in the U.S.”

Five major pieces weighing a combined 14,000 pounds make up the foundation of the sculpture, which features a 4,800-pound base of granite. This slab was removed from Alcuin Library when it was connected to the adjacent Learning Commons. Many of the materials were repurposed from other iconic structures on the SJU campus.

The word Kura comes from the Japanese term for storehouse, which was historically used to protect food supplies for future use. At the center of the round, stainless steel Kura suspended at the sculpture’s center is a handmade scroll of the Rule of St. Benedict assembled by local artist Mary Bruno with a reclaimed redwood scroll and display stand crafted by local artisan Jeff Thompson.

It was installed in the summer of 2020, and was dedicated and blessed in October 2021. 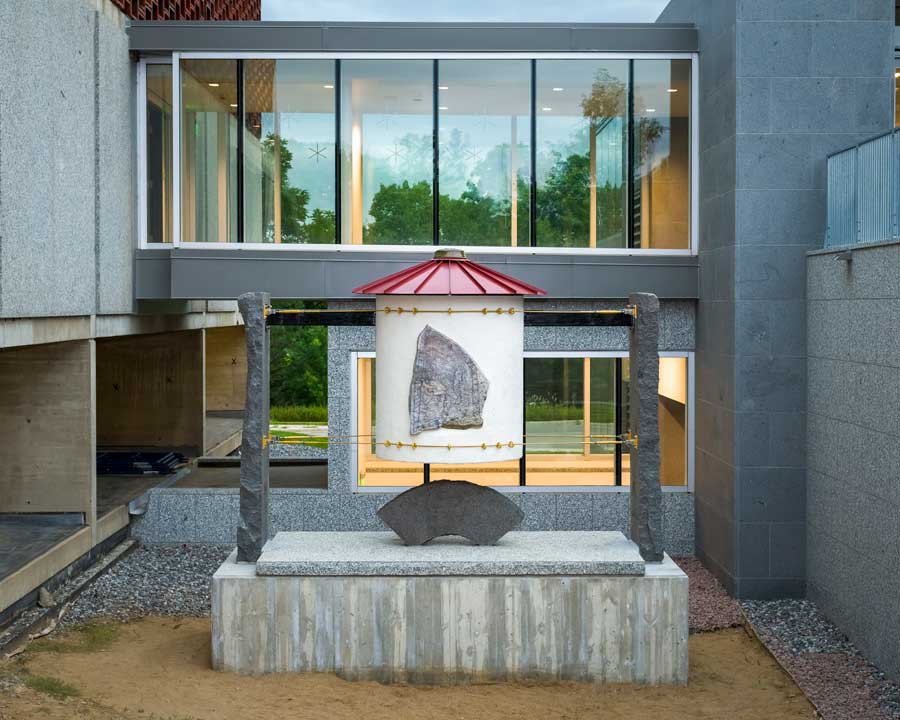 The book was published to coincide with that dedication. It is unique in structure, and like the sculpture itself a collaboration across the CSB+SJU community and beyond.

“No one has really seen a book like this before, which is why people have had a hard time classifying it,” Bresnahan said. “Nautilus put it in the art and photography category. But the idea was really for it to be a 21st Century artist collaboration book. There are 12 different photographers whose work is included, not to mention all of the different authors involved.

“A lot of people put a lot of effort into making this happen.”

The book starts with a preface by Steven Lemke ’08, associate director at The Saint John’s Pottery, an instructor in the art department and environmental artist-in-residence at SJU, on the significance of Bresnahan’s work within liberal arts higher education. Dr. Matthew Welch, the deputy director of the Minneapolis Institute of Art, contributed an essay on the history and function of traditional Kura storehouses in Japan.

The central portion of the book is an essay by Bresnahan comprehensively documenting the collaborative process that went into making the Kura sculpture. It discusses the philosophy of eco-mutualism, a theme central to Bresnahan’s work. In addition, Bresnahan wrote opening and closing text for the book and the captions that accompany the more than 250 photographs.

His wife, Colette Bresnahan ’83, composed biographies of the “three sisters” seeds (corn, beans and squash) that are sealed and preserved inside the sculpture. Her section describes how these seeds have been cultivated, named and used across cultures.

Significantly, Richard and Colette’s daughter Margaret Bresnahan oversaw the book's production and served as managing editor. She structured the book around the four seasons: summer, fall, winter and spring. She also edited the book’s text and wrote biographies of the 178 artists associated with the Kura sculpture. 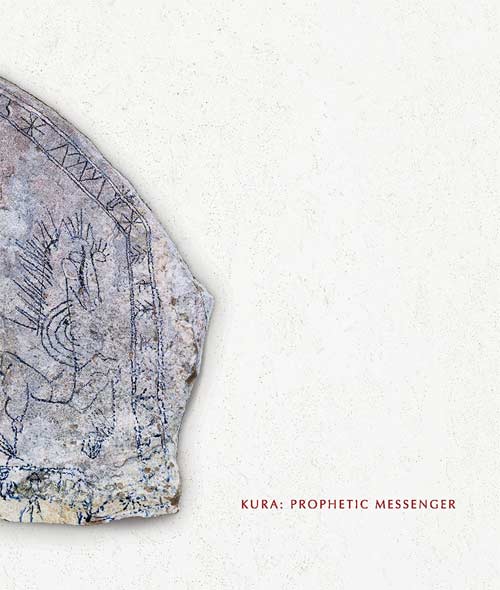 The book was designed by Paul Nylander of Illustrada. Paul Wegner ’93 served as photo editor. It was named a finalist for the 2022 Minnesota Book Awards, which were announced in April. It has also been named a finalist for the Midwest Independent Publishers Association’s 2022 Upper Midwest Book Awards, which will be presented in June in Minneapolis.

“The book project began as an important companion piece to the sculpture Kura: Prophetic Messenger, so that future generations will understand the history and community that inspired this collaborative public artwork,” Bresnahan said earlier this year. “We applied that same spirit of collaboration to the production of the Kura: Prophetic Messenger book, and we’re delighted that it is being recognized as a creative work in its own right.”

An exhibit entitled “Seeds as Artists, Artists as Seeds: Inside the Making of Kura: Prophetic Messenger” is currently on display in the upper floor of Alcuin Library.

Hardcover and softcover editions of Kura: Prophetic Messenger can be purchased online and in person through the CSB+SJU Bookstores and directly from The Saint John’s Pottery.