Kura: Prophetic Messenger has been named a finalist for the 34th annual Minnesota Book Awards in the Minnesota Nonfiction category.

Award winners will be announced at the 2022 Minnesota Book Awards Ceremony on April 26 at the Ordway Center for Performing Arts in St. Paul. The annual awards, hosted by The Friends of the Saint Paul Public Library, honor Minnesota’s finest authors and illustrators from nine different categories.

In August 2020, Bresnahan’s sculpture Kura: Prophetic Messenger became the first permanent installation of the Jon Hassler Sculpture Garden on the grounds of Saint John’s Abbey and University in Collegeville, Minnesota. The book was published in conjunction with the dedication of the sculpture in October 2021.

For Bresnahan, “this book project began as an important companion piece to the sculpture Kura: Prophetic Messenger, so that future generations will understand the history and community that inspired this collaborative public artwork. We applied that same spirit of collaboration to the production of the Kura: Prophetic Messenger book, and we’re delighted that it is being recognized as a creative work in its own right.”

According to Steven Lemke ’08, associate director at The Saint John’s Pottery and environmental artist-in-residence at SJU, the book can be used in the classroom, too. “For over four decades, Richard and this studio have offered students and campus guests a creative framework for building community in relationship to nature. That mission has been expressed through several one-of-a-kind educational books, beginning with the very first book on the studio, Body of Clay, Soul of Fire.”

Lemke teaches a course called Environmental Art and Architecture, which is cross listed between the art and environmental studies departments. “Just as Richard’s sculpture is a touchstone for sparking conversations about living creatively in relationship to nature, the Kura book models that framework to CSB+SJU students,” Lemke said.

“At the same time, what we’re learning is that this book has a really broad appeal. We’re thrilled that the overarching themes of Kura: Prophetic Messenger – care for our environment, our food systems and our community — are connecting with audiences far and wide.”

The structure of the Kura: Prophetic Messenger book is unique. The book opens with a preface by Lemke on the significance of Bresnahan’s work within liberal arts higher education.

Dr. Matthew Welch, deputy director of the Minneapolis Institute of Art, provides an essay chronicling the history and function of traditional kura storehouses in Japan.

Bresnahan's essay is at the heart of the book, documenting the collaborative process of making the Kura sculpture in comprehensive detail. It discusses the philosophy of eco-mutualism, a theme central to Bresnahan’s work. In addition, Bresnahan wrote opening and closing text for the book and the captions that accompany the more than 250 photographs, the visual narrative that guides the reader through the book and through the process of making the sculpture.

Bresnahan’s wife, Colette ’83, composed biographies of the “three sisters” seeds (corn, beans, and squash) that are sealed and preserved inside the sculpture. Her section describes how these seeds have been cultivated, named and used across cultures.

Richard and Colette’s daughter Margaret Bresnahan spearheaded much of the project, overseeing the book's production and serving as managing editor. She structured the book around the four seasons: summer, fall, winter and spring. She edited the book's text and wrote the chapter describing the 178 artists that are associated with the Kura sculpture.

“Margaret’s dedication to this project really made the book a work of incredible quality,” Bresnahan said.

The book was designed by Paul Nylander of Illustrada. Paul Wegner ’93 was photo editor for the project and created many of the photographs documenting the sculpture and the Pottery Studio.

The exhibit “Seeds as Artists, Artists as Seeds: Inside the Making of Kura: Prophetic Messenger” is now on display in the upper floors of Alcuin Library and the Dietrich Reinhart Learning Commons at SJU.

Kura: Prophetic Messenger can be purchased online and in person through the CSB+SJU Bookstores and directly from The Saint John’s Pottery. 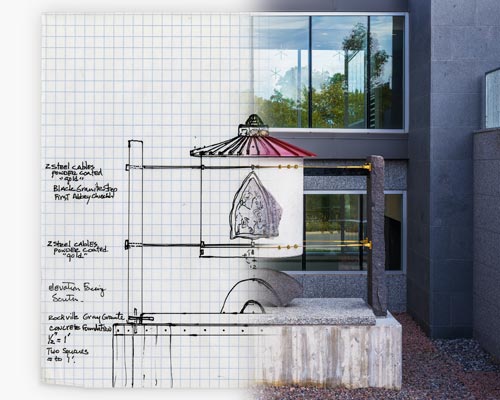 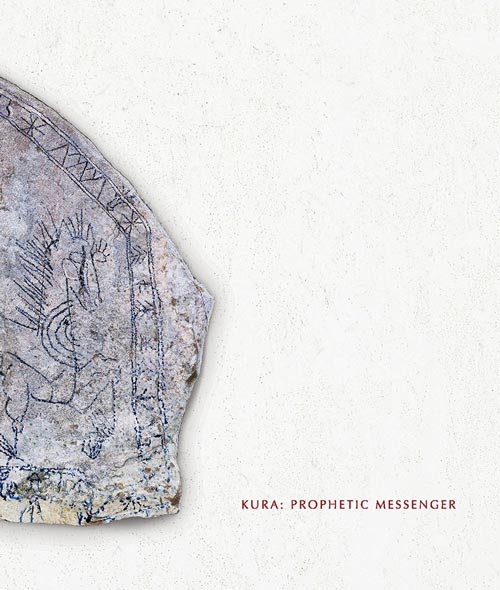