Of 117 doctors associated with Twin Cities Orthopedics, only nine are women.

What are the chances two of them went to the College of Saint Benedict?

They also beat the odds to become an orthopedic surgeon and sports medicine physician, respectively. Of more than 19,000 active orthopedic surgeons in the United States, fewer than 6% were women – the smallest ratio of all specialties – according to the latest survey by the Association of American Medical Colleges. And, of almost 2,900 sports medicine docs, barely a quarter (27%) were female.

“Orthopedics is known for being extremely male dominated,” said Moeller, who majored in natural science at Saint Ben’s before going on to medical school at the University of Minnesota-Duluth and completing her residency at the U of M-Twin Cities. “I think there are misperceptions and stereotypes about the type of body physique necessary to succeed as an orthopedic surgeon. If you’re replacing a hip or fixing a femur fracture, you’re using hammers and drills and often people assume you have to be big and tough to do those things. That’s really not the case.”

Ryan, who majored in biology before going the same medical school route as Moeller, said the expansion of women’s college and professional sports – something that has been a long time coming in the wake of Title IX, which became law 50 years ago – has helped open doors in sports medicine.

“Primary care sports medicine is still male-dominated, but there are more and more women getting into it,” Ryan said. “There are more opportunities for women because there are more female athletes now. It’s an easier path than it was even 15 years ago for a woman to pursue what I’m doing.”

In addition to simply being good physicians, Moeller and Ryan are further unique in that they were among 11 TCO physicians (five of whom are women) recently named to the Minnesota Monthly annual list of Top Doctors for 2022. The list includes 1,008 names, all from an 11-county Minneapolis-St. Paul metropolitan area as well as Olmstead County – home of the Mayo Clinic in Rochester. Doctors must be nominated by their peers from the Minnesota Board of Medical Practice, recognized for their expertise, and their selection is independent of any advertising or incentive.

Moeller grew up in St. Cloud and graduated from Apollo High School. She attended camps for Girl Scouts and basketball at Saint Ben’s. While injuries stunted her prep career, they also lit a slow fuse to what would become a lifelong passion. She initially came to CSB with intentions of becoming a physical therapist.

She took classes in sports medicine, something she said she fell in love with during January term – a 15-day course that bridged fall and spring semesters at CSB and Saint John’s University until 2000, and also felt a shift her sophomore year when she took a human anatomy class with Manuel Campos, a biology professor who serves as an advisor for students interested in medical school. The experiences led Moeller to reconsider her career path.

“I studied abroad my sophomore year because I had this moment of ‘I don’t know what I’m doing,’” Moeller said. “When I came back, I was committed to doing medicine and my junior year was filled with prerequisites for medical school: organic chemistry, physics, biochemistry … I crammed a lot into a short amount of time.

“The human anatomy class was part of the impetus to my switch because I absolutely loved it,” Moeller added. “Many of our professors were so engaged, motivated and passionate about their career that it energized you in a similar way. Mentorship has a strong impact on future career choice, not only in college, but in medical school. The professors at CSB and SJU empowered me to work through challenges but were always available for guidance. This preparation was critical to my success in medical school. Often when we would start a course, the first few weeks were mostly a review of the information I had already learned at Saint Ben’s and Saint John’s.”

After two years of clinical residency in Minneapolis, she kept migrating back to the orthopedic and sports medicine rotations. She completed a one-year fellowship in hand and microvascular surgery at the University of Utah, then returned to the U of M to practice as an assistant professor in the Department of Orthopedic Surgery. She joined TCO in 2018, and now practices in Burnsville and Edina, and would like nothing better than to see more women (and future Bennies) join her ranks.

“I wouldn’t be where I am today if not for the education I received at Saint Ben’s,” said Moeller, who married a Johnnie and has a 7-year-old daughter and 5-year-old son. “I’m forever grateful for my experiences at CSB and SJU. It’s difficult to stay connected during medical school and residency. Then you start a practice and a family and realize you’ve lost touch. In the last two years, my husband and I have been able to get back to campus with our kids. In full circle, my daughter attended a theater camp at Saint Ben’s this past summer. It just feels like home when I’m back on campus … so many fond memories.”

Ryan came to CSB from Marshall, where she played on back-to-back state champion girls basketball teams and volleyball squads that also went to state. She came to Saint Ben’s to major in biology, knowing she wanted to go into medicine, and made a difficult choice not to continue athletics.

“It was a hard decision,” said Ryan, whose mother and a cousin attended CSB – and two sisters followed, including one who also became a physician. “I remember being emotional the first day of basketball tryouts and feeling like I should be out there – but knowing I was at a point where I needed to focus on academics.”

One of her first classes, however, led to extensive experience learning sports medicine, which became her minor.

“On my first day of college, I learned what you could do with a career in sports medicine,” Ryan said. “There was a pandel of folks including physical therapists and occupational therapists, coaches, people who ran their own gyms, and a sports medicine doctor. I didn’t even know being that type of physician was an option. I knew you could be an internist or go into family medicine or become a surgeon, but here was somebody telling me I could take care of athletes, treat injuries and help them recover, and be a physician. I was so intrigued.”

Under the guidance of Don Fischer, chair of the exercise science and sports studies department, Ryan became a certified trainer and worked with athletes on injury prevention and in the training room at CSB. That experience and her biology instruction from Campos, professor Dave Mitchell and others made for a smooth transition to UMD’s medical school.

“I only had 50 people in my classes for my first two years there,” Ryan said. “It was like Saint Ben’s, and I felt very prepared – way more than I think some of the students who came there from big public schools. At Saint Ben’s, we were real hands-on, had intense labs and more attention from the professors. They very much helped the process of applying to med school and did a great job making sure our applications looked good and getting us ready for interviews. I was set up for success.”

Ryan continues to be a volunteer physician with the Minnesota State High School League and Twin Cities Marathon, in addition to medical tents for many local races and events. Like Moeller, she wants to show future women they can find a career in sports medicine, too. Of almost four dozen specialties tracked by the AAMC, most currently have a higher percentage of female docs. And Ryan believes they can come from Saint Ben’s, since it worked so well for her.

“I was just at Saint Ben’s for our 20th class reunion and reconnected after having kids and being so involved in my training,” said Ryan, who is married and has 6-year-old twins – a boy and a girl. “I continue to lean on what I learned at CSB. I was just shy of getting a philosophy and theology minor and am forever thankful for the perspective provided by those classes. It was the best and most complete preparation for what I wanted to do – be the best physician possible.” 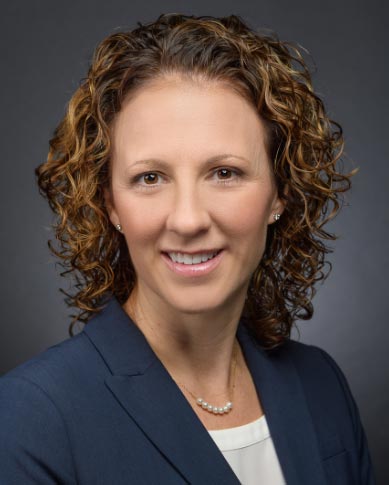 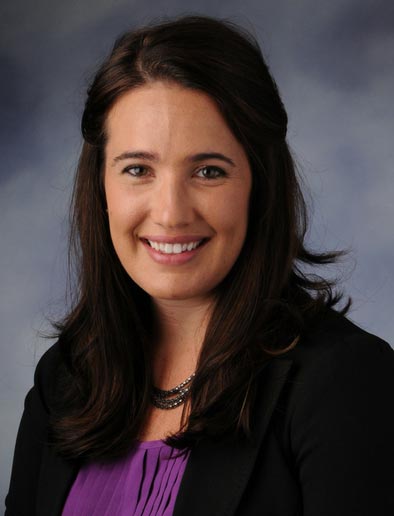