Justin T. Zanchuk, D. A., joined the music faculty as Director of Bands and Associate Professor of Music at the College of Saint Benedict and Saint John’s University in 2014 where he oversees the CSB and SJU band program and brass studio, conducts the Wind Ensemble and Brass Choir, teaches applied trumpet, instrumental conducting, and brass methods, coaches chamber brass ensembles, and performs in the faculty ensemble PASTICHE.  He maintains an active schedule as a clinician, conductor, adjudicator, and performer throughout the United States. During his tenure, Dr. Zanchuk’s ensembles have regularly been selected to perform at the Minnesota Music Educators Association (MMEA) Midwinter Clinic, including the Wind Ensemble in 2017, 2021, and 2023, and the Brass Choir in 2019. The Wind Ensemble was selected to participate in the College Band Directors National Association (CBDNA) Small Band Program Showcase at the 2019 National Convention.

Prior to his appointment at CSB and SJU, Dr. Zanchuk served as Assistant Director of the UNC “Pride of the Rockies” Marching Band and Instructor of Music in conducting and trumpet at the University of Northern Colorado (2012-2014). As a public-school teacher, he served as Associate Director of Bands at Cypress Ridge High School in Houston, Texas for five years (2006-2011) where he conducted the concert bands and Symphony Orchestra, taught Advanced Placement Music Theory and marching band, as well as assisted with the Symphonic Band and the beginning trumpet class at Truitt Middle School.

Dr. Zanchuk received his Doctor of Arts in Wind Conducting from the University of Northern Colorado in 2018, his Master of Music in Trumpet Performance from the University of Miami’s Frost School of Music in 2006, and his Bachelor of Music in Education and Performance from Texas Tech University in 2004. His principal conducting teachers include Dr. Kenneth Singleton, Dr. Richard Mayne, Gary Green, and Gary Lewis.  His principal trumpet teachers include Craig Morris, Will Strieder, Thomas Booth, and Marvin Perry. 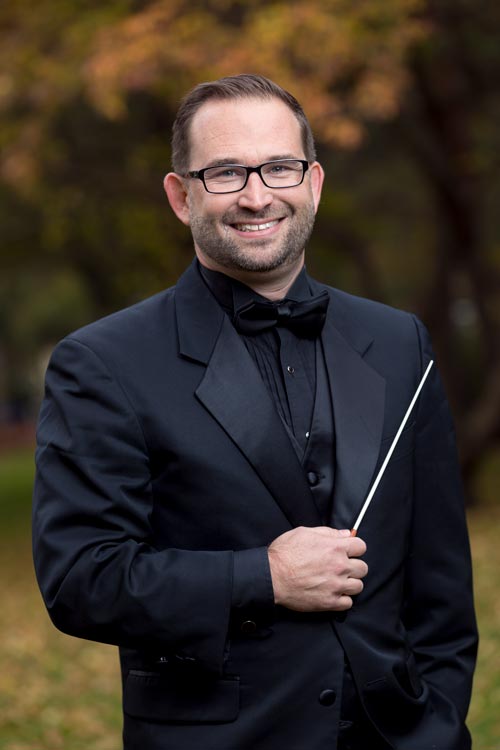