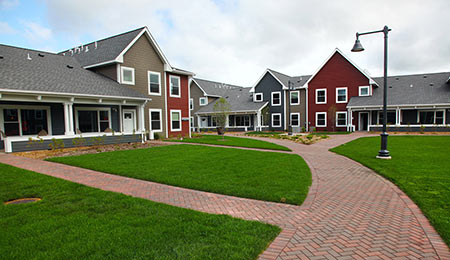 The grounds of Centennial Commons, 2012

Centennial Commons is a new upperclassmen housing unit at the College of St. Benedict, located on the corner of Calloway Street and College Avenue. The complex consists of five buildings. Four of these buildings house students with 32 students living in each one. The fifth building is the Commons building. Each unit has two full baths, laundry facilities, full kitchen with dining space, living room, storage space and shared front porches.

The Centennial Commons community emphasizes sustainability, and each unit receives a statement for their water, gas and electrical use to help residents understand their actual usage of such resources. Another aspect of sustainability for the Centennial Commons is the LEED (Leadership in Energy and Environmental Design) certification that all five buildings received in January of 2013. The complex was designed with the hopes that it would receive the silver level award, but in early 2013 the complex received the Platinum level award. Centennial Commons is the first student housing complex in Minnesota to receive such recognition and is the first building on the College of St. Benedict's campus to be awarded any level of LEED certification.

The new complex cost $9.2 million, a figure which reflects building costs and furnishings. Ground was broken on October 7, 2011 and completed in mid-August, 2012. The dedication ceremony for the buildings was held on September 28, 2012. Centennial Commons is named after the upcoming CSB centennial during the 2013-2014 academic year. The Idzerda Community Center within Centennial Commons is named after Dr. Stanley Idzerda, CSB's first non-monastic president. The four residential buildings in the Centennial Commons are named after four members of the Sisters of the Order of Saint Benedict. These Benedictine sisters have had an impact on the development of CSB: 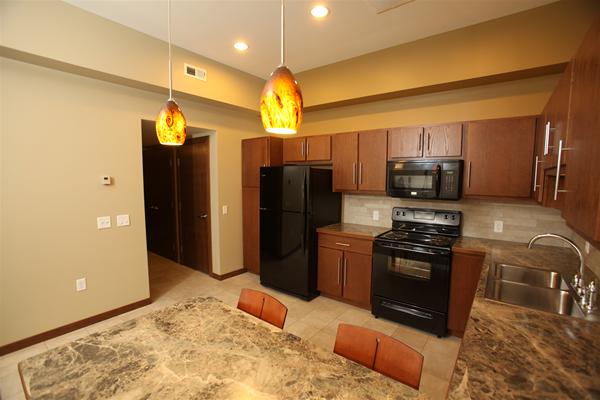