Christi Siver is an Associate Professor at the College of Saint Benedict and Saint John’s University in Collegeville, MN. Her research focus is on issues at the intersection of international security and human rights. She completed her Ph.D. in Political Science at the University of Washington in 2009 and earned an M.A. in International Relations and International Economics at Johns Hopkins School of Advanced International Studies in 2002. She was also name an Academic All-American by the Cross Examination Debate Association in 1997. She competed in policy debate at the national level in college and high school and coached intercollegiate debate at Lewis and Clark College, the University of Washington, and the College of Saint Benedict/Saint John’s University. She is co-director of high school programming for the Women’s Debate Institute, which advocates for a more gender inclusive environment in debate one student at a time.

War crimes have devastating effects on victims and perpetrators and endanger broader political and military goals. The protection of civilians, one of the most fundamental norms in the laws of war, appears to have weakened despite almost universal international agreement. Using insights from organizational theory, this book seeks to understand the process between military socialization and unit participation in war crimes. How do militaries train their soldiers in the laws of war? How do they enforce compliance with these laws? Drawing on evidence from the Korean War, the Malayan Emergency, and the Canadian peacekeeping mission in Somalia, the author discovers that military efforts to train soldiers about the laws of war are poor and leadership often sent mixed signals about the importance of compliance. However, units that developed subcultures that embraced these laws and had strong leadership were more likely to comply than those with weak discipline or countercultural norms. 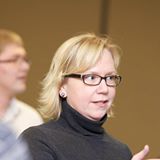 Ethics of War Video Assignment at CSB and SJU