Spring is a time for new beginnings and new growth.

Which made Friday, May 6 the perfect backdrop for trustees and officials at the College of Saint Benedict and Saint John’s University to finally gather for the proclamation ceremony ushering in Strong Integration – the new governance and leadership structure for the two schools.

CSB and SJU have actually operated under two governance boards made up of one set of common members since mid-January of 2022. And, in March, Brian J. Bruess, Ph.D. was hired as the first president of both institutions.

He is scheduled to take office in July – inheriting a streamlined, more integrated administrative leadership structure.

The proclamation ceremony, meanwhile, was originally scheduled to coincide with the Strong Integration resolutions taking effect in January. But COVID-19-related concerns forced it to be pushed back to May 6th when skies were sunny, and the temperature made it feel like spring had finally arrived.

“This is something we’ve been trying to do since January, but today was a fabulous day for it,” said LeAnne Stewart ’87, the chair of the CSB and SJU Common Boards. “If we had done this in January, we’d all have been bundled up because it would have been freezing outside. Now it’s perfect. So things happen for a reason.”

Copies will be displayed at both CSB and SJU.

It marked the culmination of a process that began with discussions initiated by the CSB and SJU Boards of Trustees in the fall of 2018. The idea was to put in place a governance structure designed to produce bolder strategies, greater innovation and a nimbler decision-making process. 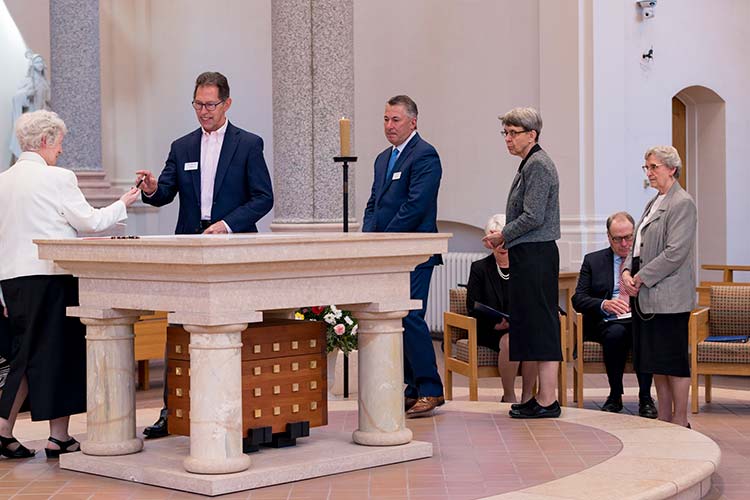 Friday’s ceremonies marked the final step in that construction.

“This is something we’ve all worked so hard to achieve,” Stewart said. “It was amazing to be sitting in the front row watching everyone up there signing. It was beautiful, it was memorable and it was symbolic of all the labor that has gone into making Strong Integration a reality.”

Others in attendance echoed those sentiments.

“It’s clearly a momentous day for the future of these two institutions,” CSB Alumnae Board president Jen Kocourek ’92 said. “This has been years in the making, and it’s wonderful to finally be able to celebrate it in person on such a beautiful day.

“When you really think about it, it has this element of closure to it,” SJU Alumni Board president Rick Speckmann ’72 added. “I think there’s been a combination of anticipation, anxiety and excitement. We’re at that excitement stage now.

“It’s certainly historic, but it’s also an inflection point. This is when you get a moment to sit back and realize all the effort and time that has gone into making this happen.”

But when one journey ends, another usually begins. While the proclamation ceremony marked a celebration of Strong Integration’s construction, Stewart said the focus has already shifted to putting it into practice. 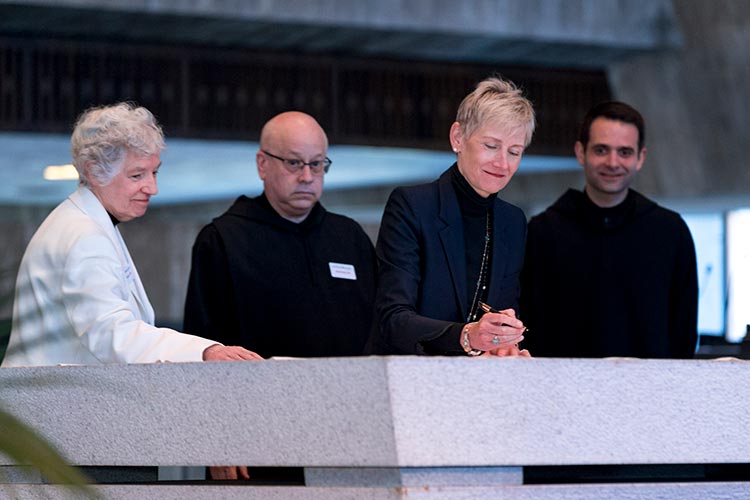 “We’ve achieved the formality of Strong Integration,” she said. “Now we need to make it happen. The work moves to the actual execution of it. Certainly, the hiring of Brian as our president was a huge step in that direction. He hasn’t started yet, but he’s been around these two campuses a lot already.

“We’re beginning the path that we’ll forge together when it comes to actually effectuating what Strong Integration is. It’s going to be an evolutionary process. I and others have our vision of what it is. But I’m sure those visions are going to be different a year from now as we start to actually do this and see all the opportunities that lie in front of us.” 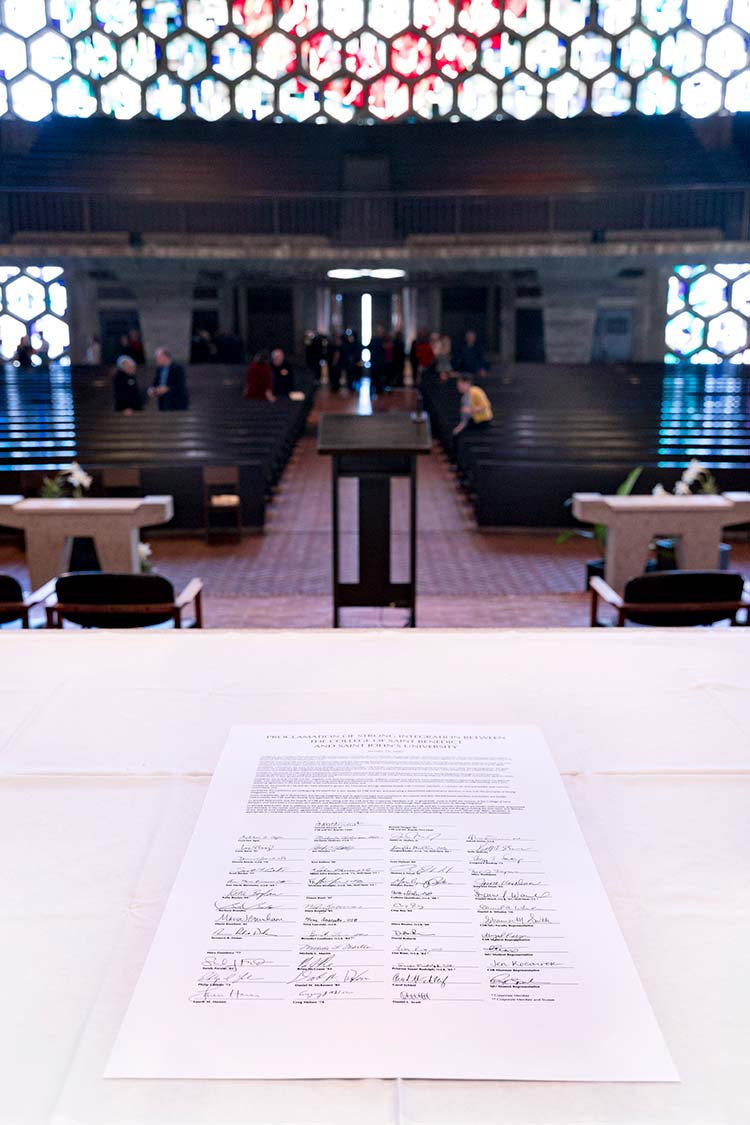