Saint John’s University has received a grant of $5 million from Lilly Endowment Inc. to support Saint John’s School of Theology and Seminary as it develops its new initiative, “Sustained Encuentro: Accompanying One Another on the Way.” Empowered by this grant, Saint John’s School of Theology and Seminary (SOT/Sem) will partner with the Mexican American Catholic College (MACC) to prepare next generation leaders for the church and world.

Sustained Encuentro is funded through Lilly Endowment’s Pathways for Tomorrow Initiative, a three-phase initiative to support theological schools across the United States and Canada as they prioritize and respond to the most pressing challenges facing pastoral leaders of Christian congregations both now and into the future. In early 2021, Lilly Endowment awarded Saint John’s University and the SOT/Sem a $50,000 phase one planning grant, followed in January 2022 by a $1 million phase two grant to support its new venture: Conversatio: Creating a Culture of Encounter. Sustained Encuentro is funded through the competitive third phase of Lilly Endowment’s Pathways for Tomorrow Initiative. Phase three grants support a limited number of large-scale, collaborative efforts that explore new educational and financial models for theological education. Lilly Endowment expects to award additional phase three grants in the fall of 2022.

Launching “Sustained Encuentro” comes at an opportune time for the SOT/Sem as it seeks to train and support future pastoral leaders across the United States, particularly in rural areas of need. It forges new partnerships with rural Catholic dioceses and religious institutions that make its degree and certificate programs increasingly accessible for lay ecclesial ministers and diaconal candidates. It delivers top-tier theological education to many who might otherwise lack opportunity. Central to the initiative is a sustained partnership with MACC – a national leader in Latino/a ministry with significant insights into issues such as the radical demographic, cultural, and ecclesial shifts facing today’s church. Aligning the SOT/Sem’s distinguished strengths in ecclesiology, liturgy, sacramental theology and practical theology with MACC’s historic legacy in bilingual education for pastoral and Hispanic ministry, Sustained Encuentro aims to deliver a one-of-a-kind and intentionally intercultural education experience that prepares future Christian leaders, including growing Latino/a communities, for the work of ministry and ecclesial leadership.

For more on this grant, visit the story on the School of Theology and Seminary website. 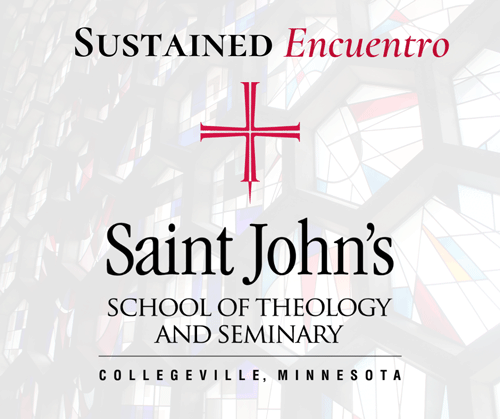