The College of Saint Benedict and Saint John’s University are home to more than 140 international students annually, currently from 15 different countries. About 1 in 5 of them don’t return to their native lands immediately after graduation, thanks to a U.S. government program that allows temporary employment directly related to their area of study for at least one year – and longer if that field is in science, technology, engineering or math (STEM).

Kriston Clarke ’21 came to Saint John’s from the Bahamas to study biology as a pre-med student. As he applies to graduate school, he’s choosing to participate in Optional Practical Training (OPT) – an opportunity available to students who are on an F-1 visa.

Nanako Abe ’22, who came to Saint Ben’s from her native Japan to study global business leadership, also is working through OPT.

“I was curious what it was like to be an adult in the U.S. and be self-sustaining,” said Abe, who was hired for an assignment as an area manager for almost a year with Amazon Services in Tacoma, Washington. “As a college student, I wasn’t independent. My parents supported me financially and I worked as a Japanese (teaching assistant). I wanted to know what it was like to survive working in another country.”

They’re among more than two dozen international graduates from CSB and SJU currently gaining OPT experience. Clarke, who wants to get a master’s in public health before medical school, plans to become a multifaceted health care provider, practicing conventional and holistic medicine. Currently, he’s working 60-70 hours per week in multiple jobs, including as a biopsy tech at MNGI Digestive Health in Minneapolis and as a home health aide at English Rose Suites, which provides care for people with Alzheimer’s, dementia, Parkinson’s Disease and other complex medical conditions.

“I know that some professions require a bit more time,” Clarke said. “While I’m still young, in top tier health and able to do these things without the responsibility of a family, I’m seeing how much I can handle.”

Other international CSB and SJU alums are working in the U.S. as accountants, medical scribes, business analysts, sales representatives, mental health workers and in other roles. Kenice Miller ’19, who came from the Bahamas and majored in biology at CSB, she recently began an academic program in Austin, Texas, to put her on a path to a doctoral degree in physical therapy. Like Clarke, her STEM designation made her eligible for up to three years of OPT – something that also is available after completing a master’s or doctorate.

“I always knew I wanted to work in health care,” said Miller, who previously worked as a clinical technologist, health screener, lab assistant and in other roles. “It was about me deciding where I wanted to go with that. OPT definitely helped. In its simplest terms, it’s job experience. You might have liked what you were learning in school. Now this gives you the chance to see what it’s like when you actually put it into practice.”

Bahamian pre-med student wants to give back

Clarke attended Aquinas College, a Bahamian Catholic high school affiliated with CSB and SJU and worked three years as a student nurse aide in the Saint John’s Abbey retirement center. He learned about OPT from the Multicultural Student Services department during his first year on campus and knew it was something he wanted to pursue.

“It will be two years in May that I’ve been working, and I may take advantage of a third year because the connections and the experiences I’ve been getting are phenomenal,” Clarke said. “I’ve been exposed to an environment that includes the operating room and pretty much all aspects of surgical medicine – pre and post. I get to interact with pathologists of many different specialties, from all across the United States, who are not only medical doctors but DOs (doctors of osteopathy). Those are people who are focused on conveying the ground truth in terms of diagnosis, and I learn everything I can from them. But I also wanted to get back into being a caregiver, and I enjoy that at English Rose Suites. It’s always been something that has grounded me because I want to go into geriatrics.”

He said he knows others who attended CSB and SJU and immediately returned to the Bahamas. He said getting additional work experience would’ve set them apart from their peers as they courted employment.

“You went to this wonderful school for four years,” reasons Clarke, who wants to have his own practice in his homeland but also perhaps serve as a consultant there and in the U.S. “If you just leave and return home, how are you going to see outside of that school? It also benefits you financially. I had a tuition balance when I left Saint John’s and it was paid off in about five months. Part of that was me being a hard worker, but I wouldn’t have been compensated in the Bahamas for the value I’m bringing today with a bachelor’s degree.

“You came to America, which has an abundance and ample opportunity to further yourself. You worked hard and struggled to get that degree, so maybe you should at least dedicate a year of your time to getting experience in the U.S. I feel like I have some obligation to give back because of the wonderful education I obtained over here.”

Abe attended Okisho High School in Okinawa, Japan, which also has a partnership with CSB and SJU. At 15, she left her family and moved into a global dorm with other students of the International Baccalaureate Diploma Program. Some of her teaching assistants were Bennies and Johnnies, and she thought Saint Ben’s would provide a good, safe environment for her to study halfway around the world from home. In St. Joseph, she enjoyed residential living and college life, and her roommates helped her academically and socially.

“I loved cooking with them every Sunday,” Abe said. “One was Mexican-American, one was Vietnamese-American, and one was a white Minnesotan. I would teach them how to cook Japanese food and I learned how to cook their food.”

She said her four years as a Bennie were about “embracing ambiguity.”

“My first year, I had no confidence because I didn’t speak English fluently,” Abe said. “I knew the language, but native speaking is another world. My second year, I gained confidence. I wanted to be a part of the E Scholar (Entrepreneur Scholar) program, and I knew that was going to be a big part of my college life. There was a business pitch contest, and I knew I had to impress. It was like Shark Tank, and they were throwing questions at me. Fortunately, my idea was chosen as a finalist, but I almost gave up because I was scared to pitch my business idea within 90 seconds in all English. That was a great opportunity for me to overcome my fear as well as believe in myself. I had to be uncomfortable to become comfortable.”

During the E Scholar program, she launched a boba tea catering campus venture called “Tea Lab” with a friend in her cohort. They enjoyed learning entrepreneurship by working on a venture from scratch, and global business through a trip to Bosnia and Herzigovina.

After graduation, Abe wasn’t quite ready to go back to Japan. Through OPT, she’s supervising about 50 associates at a fulfillment distribution center.

“There’s a possibility Amazon could want to transfer me to Japan next year, but I’m debating whether I should pursue my dream in the U.S.,” said Abe, who would eventually need an H1B visa, a non-immigrant working visa – a limited number of which are available each year through a lottery system, if she intends to stay longer. “That’s why OPT was my top priority because it fit my desires. You learn what it’s like working in another country and also how your major studies are related to what is going on in real life instead of learning about leadership from theory.”

For more information about how OPT can help international students at CSB and SJU, contact Multicultural Student Services (MSS) at [email protected], call 320-363-5904 or visit the Multicultural Center on the CSB campus.

“OPT is a great transition for international students on an F1 visa,” said Qiwei Zhang, assistant director of MSS. “It not only provides the option of gaining work experience in the U.S. but may also add value to students’ future plans such as attending graduate school.” 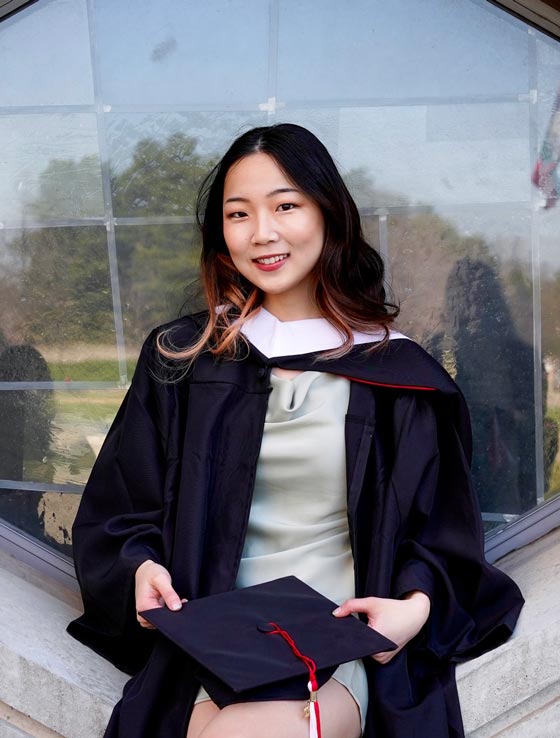 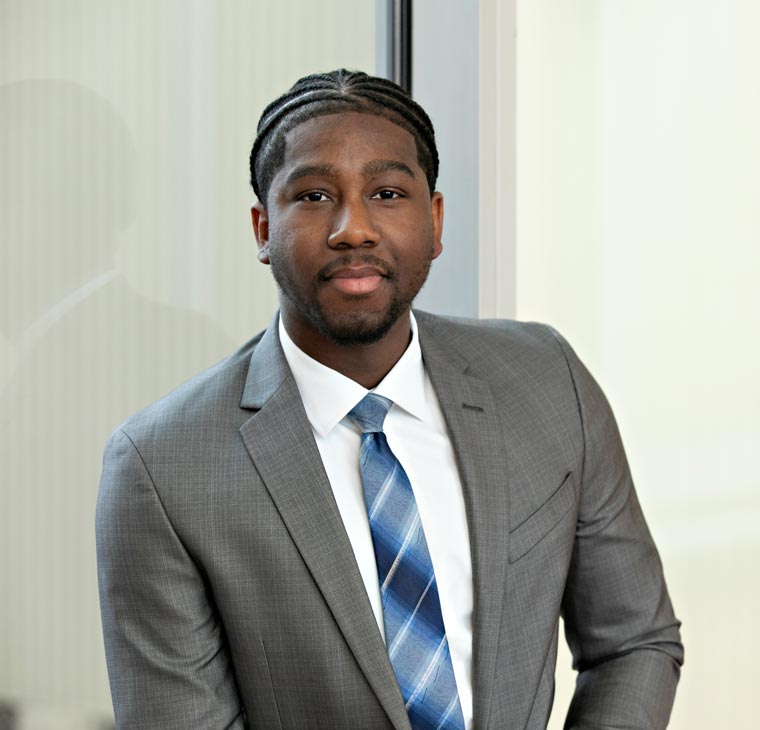 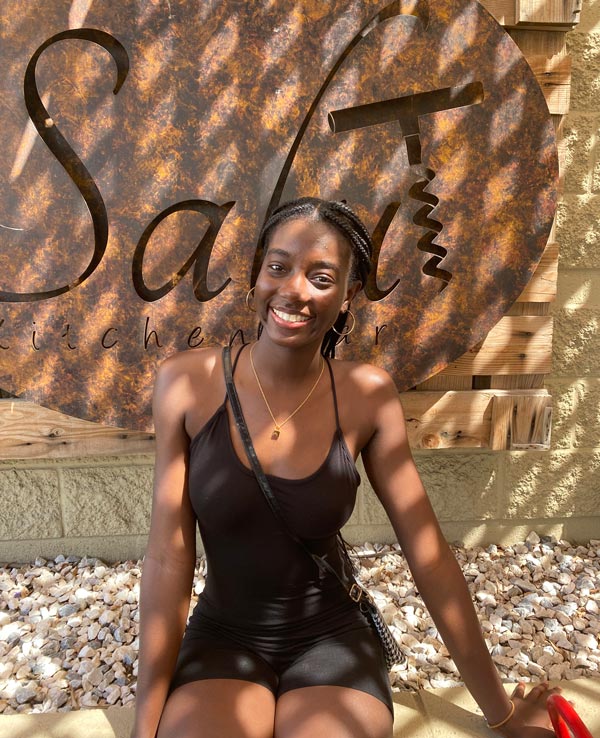