Seeing opportunities, exemplifying innovation in launching and leading a venture and applying the Benedictine values central to both the College of Saint Benedict and Saint John’s University in the workplace and in their own lives …

Those are traits for which the Entrepreneur of the Year Awards – presented annually by the Donald McNeely Center for Entrepreneurship at CSB and SJU – were created to honor.

The three winners selected this year certainly fit that criteria.

The CSB Entrepreneur of the Year is Hudda Ibrahim ’13, CEO of Filsan Talent Partners, a Central Minnesota company devoted to helping local employers attract and retain talent. She also is a faculty member at St. Cloud Technical and Community College and a trainer specializing in topics such as diversity and inclusion, cultural competency and unconscious bias. In addition, she is the author seven books including “From Somalia to Snow,” “What Color is My Hijab,” and “Lula Wants to Wear a Badge,” published by Diverse Voices Press, a company she co-founded with her husband.

The SJU Entrepreneur of the Year is Pat Lynch ’88, president of Granite Logistics. With offices in Sartell and Minneapolis, Granite Logistics has appeared six straight times (including three times in the top 10) on the Minneapolis/St. Paul Business Journal’s Fast 50 list of fastest-growing private businesses. The steadily growing firm will arrange for the movement of more than 70,000 truckloads of freight and generate over $250 million in gross billings in 2022.

The CSB/SJU Social Entrepreneur of the Year is Mary Lenard ’82, co-founder and former executive director of Giving Voice Initiative (GVI), a national nonprofit leading the way in the worldwide development of dementia-inclusive choruses. Since its inception, over 50 choirs have been established around the world.

The trio will be honored in a ceremony Oct. 24 at the Metropolitan Golden Club in Golden Valley, Minnesota. The event is open to the public. A social hour starts at 5 p.m., with the awards presentation ceremony scheduled for 6:15. A social and dessert bar will follow at 7.

Admission is $50, or $35 for young alumnae/I (2018-22). Individuals can also sponsor a current student to attend for $50 or contribute funding to support the Donald McNeely Center for Entrepreneurship in their work to support Bennie & Johnnie student entrepreneurs and venture leaders.

The CSB and SJU Entrepreneur of the Year Awards “recognize the achievements of a Johnnie and a Bennie who best exemplify the ideals of entrepreneurship by starting and successfully managing one or more businesses in a way that demonstrates notable entrepreneurial characteristics and achievements while practicing Benedictine values in the workplace and in their lives.”

The CSB/SJU Social Entrepreneur of the Year Award “recognizes the achievements and qualities of a Johnnie or Bennie who best exemplifies the ideals of social entrepreneurship by starting and successfully managing one or more ventures that enrich humanity or address a social issue in a way that demonstrates notable entrepreneurial characteristics and achievements while practicing Benedictine values in the workplace and in their lives.”

Here is a closer look at this year’s winners:

She is now a sought-after resource when it comes to advancing employment, retention and belonging - delivering workshops and training to business leaders, human resource teams and supervisors.

“Filsan is a woman-owned, BIPOC-led company committed to transforming organizational cultures,” she said. “Our goal is to help local employers attract talent, but also to retain them. In Central Minnesota, we have people of color who are diverse, who are competent and who have the right skills and attributes, but they’re leaving our region due to lack of cultural connectivity and networks.”

Ibrahim had plenty of opportunities to pursue a career away from Central Minnesota herself. But she wanted to return to the area where she and her family first settled after immigrating from Somalia to help make a difference in the community.

“I moved away,” said Ibrahim, who also completed an internship in Washington D.C. “But when I was in D.C., I would talk to my friends and family back home in St. Cloud. They’d tell me stories about not being able to find meaningful jobs in Central Minnesota. Some even ended up moving back to Somalia even though it was not safe for them there.

“I had jobs lined up for me in Washington, but I wanted to come back to Central Minnesota to be part of the change. I wanted to create opportunities that meet the needs of employers in our area and keep young people here where they can make a difference and give back to the community.”

She said her time at CSB helped prepare her for her current career.

“CSB and SJU really ignited my passion for social justice,” she said. “I discovered my passion while I was a student at CSB. So to have CSB now recognize my work in an area I’m so passionate about is really important to me.”

After observing the terms of a non-compete clause, Lynch returned to the industry in 2011 as co-founder and president of Granite Logistics.

“It’s a great honor to receive this award,” he said. “Saint John’s has a long history of producing successful entrepreneurs. When I look at past winners, I’m impressed by their accomplishments and humbled to join their ranks.

“Entrepreneurs are vital to the American economy, and it’s exciting to see Saint John’s and the McNeely Center for Entrepreneurship preparing the next generation. I’ve been blessed to work with some really talented people over the years who make me look better than I am, so any credit or recognition I receive also belongs to the teams at Payne Lynch and Granite Logistics. Without them, these companies would not have flourished.”

Lynch has also served two terms on the Sartell City Council and has been a member of the boards of Junior Achievement, Catholic Charities, CentraCare and Plaza Park Bank.

“Saint John’s was really integral to any success I’ve had,” Lynch said. “I arrived at SJU in the fall of 1984 as a shy kid from a small town in southwest Minnesota. Through my classwork and relationships built, I gained a broader perspective and confidence I didn’t previously have.  While academics are the primary purpose of a college education, and I benefitted from learning from some great professors, I think the residential aspect of living on campus at Saint John’s was just as important.

“I made lifelong friendships in those years, and learned the importance of community from the Benedictines. Saint John’s has a unique ecosystem that is hard to describe in words, but for me it was extremely beneficial and helped prepare me for life beyond SJU.”

“The stigma of people living with Alzheimer’s is quite dark,” she said. “It’s about loss and it’s about what people can’t do anymore.

“Giving Voice is based on what people can still do while living with Alzheimer’s.”

Lenard also served on the Alzheimer’s Disease Working group formed by the Minnesota State Legislature in 2009. It’s a topic that hits home personally as her father battled Alzheimer’s and vascular dementia for 14 years before he died in 2009.

“It’s really hard to understand how such a terrible disease and something we watched my father (who graduated from SJU in 1944) live with for 14 years could turn into something in his honor that brings joy and meaning to people through music which he loved,” she said.

Lenard also volunteers with two Giving Voice choruses in Minneapolis and facilitates an Alzheimer’s caregiver support group with her husband in Edina.

“I had never really met women leaders before I came to Saint Ben’s,” she said. “Growing up in the 1970s, my experience with people who led organizations had most been with men. To meet women of such passion and intelligence like I did here was so inspiring to me. It made a big difference in my life.” 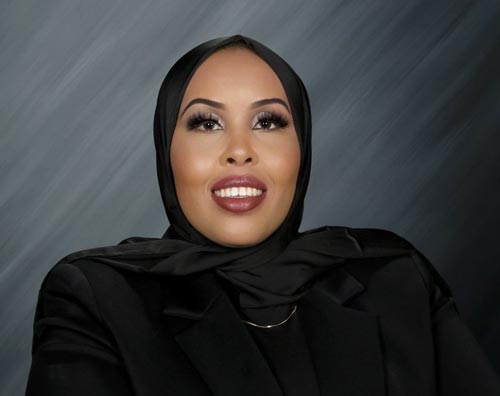 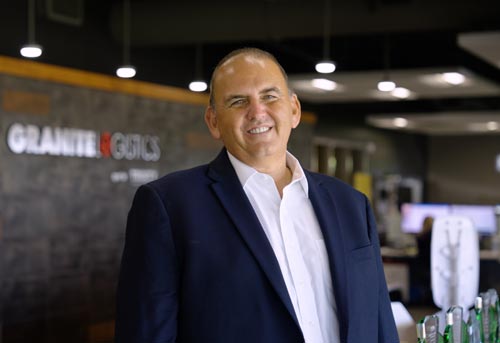