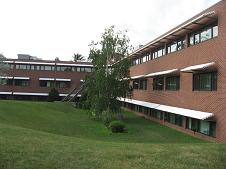 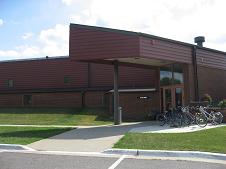 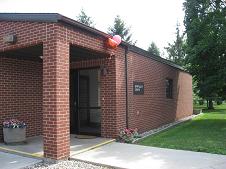 Evin Hall was built by the St. Benedict's Monastic community in 1981 and leased to the College.  Its apartments were built to conserve energy and to house 130 students. Another part of the building was used for spiritual formation and monastic studies. The dedication for Evin Hall took place on September 19, 1981. The ceremony was conducted by the prioress, Sr. Katherine Howard. Evin Hall was named after Sr. Evin Rademacher, who was prioress of the monastery from 1973 to June 1981. A red maple was planted in front of the hall in Sr. Evin’s honor.

Curry, Kristi, "Spirituality Center: A Place for Prayer and Reflection," The Record, April 7, 2005

Special thanks to Sara Trent '08 and Ariel Smelter '12 for drafting this text.