Cemetery for the Monastery

The monastic cemetery is separate from the parish cemetery for the Church of St. Joseph. Both cemeteries lie along the west side of County Road 121.

The monastic cemetery was laid out in 1884.  Before then, sisters were buried in St. Cloud and later in the St. Joseph Parish cemetery.  In 1935 the crucifixion scene located in the center of the cemetery was erected.  Near it is the final resting place for Benedicta Riepp, the foundress of the monastery and all its priories.

An index to the gravesites is available near the entrance to the cemetery.

In 2015 a memorial bell tower and plaque were added near the cemetery entrance, a memorial to all of the Sisters who were buried in the Saint Bede Monastery in Eau Claire, Wisconsin, and in Ogden, Utah.  The name, profession date and death date of each sister was sculpted into the granite piece, which was originally part of the altar in the chapel of Saint Bede's Monastery, as was the bell. 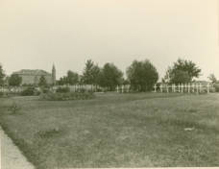 This photograph is of the Monastery's cemetery in 1900. 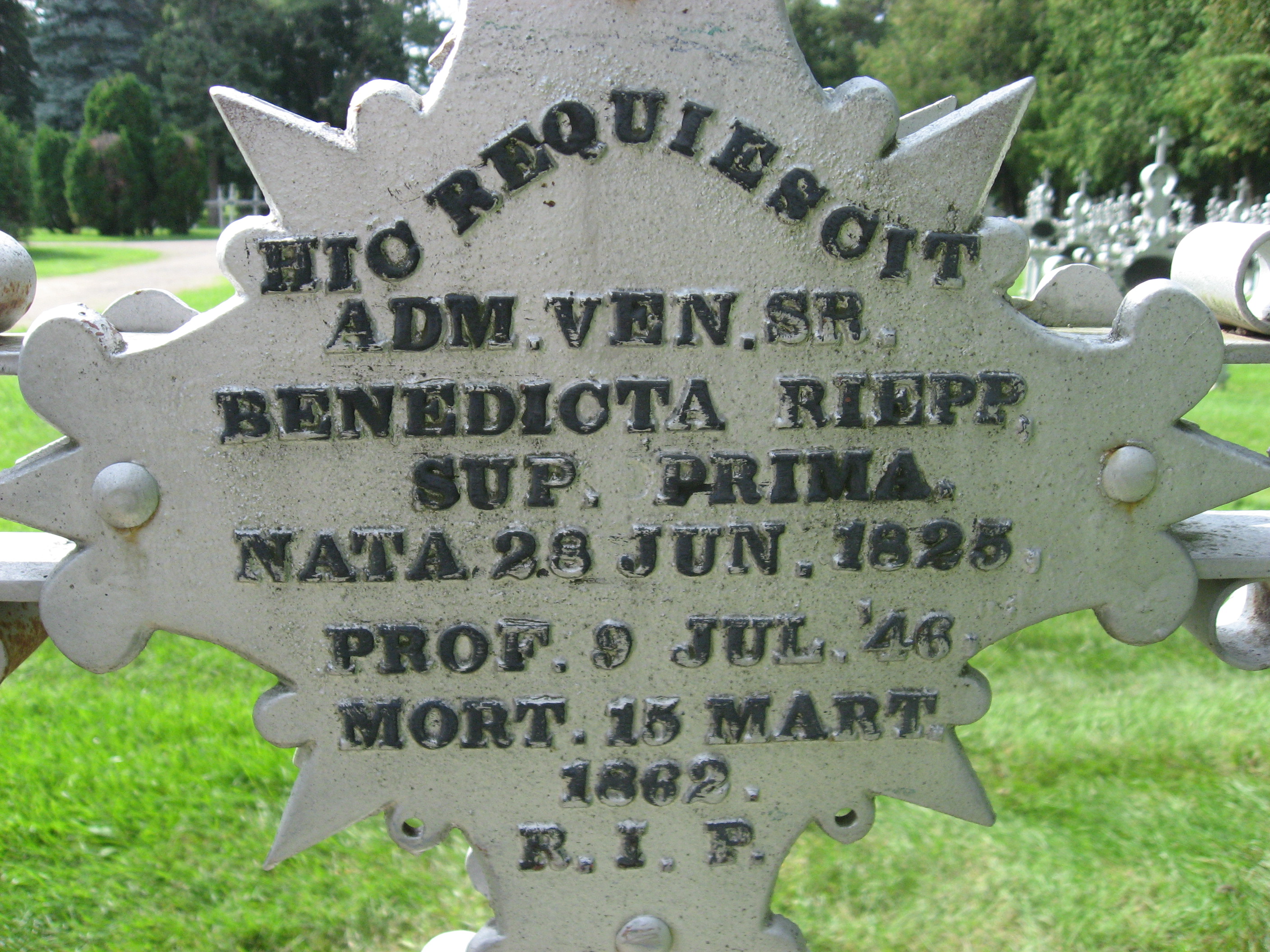 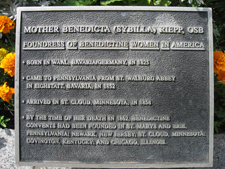 Photographs of Mother Benedicta Riepp's grave (2012). An earlier photo can be found here.

The first photograph from the left is her full grave.

The middle picture is the grave marker which reads:

The plaque at the foot of her gave is shown in the third picture and reads:

Mother Benedicta died in 1862 and was originally buried in St. Cloud. In 1884, her remains were moved to the cemetery in St. Joseph.