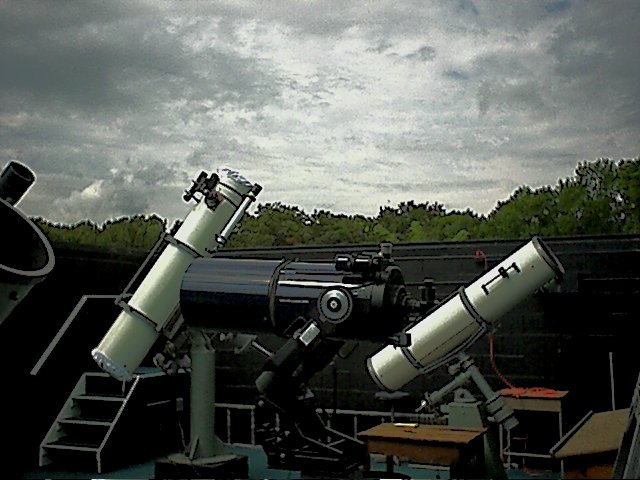 The largest  telescope at the observatory is the Cave Optical 12.5" Newtonian Reflector. Though this telescope yields impressive views of the moon and planets, spectacular views of deep-space objects like distant galaxies and nebulae are its specialty. 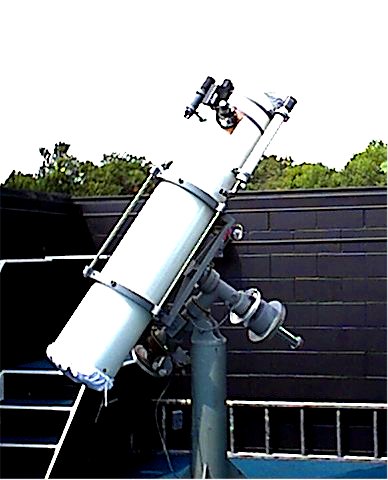 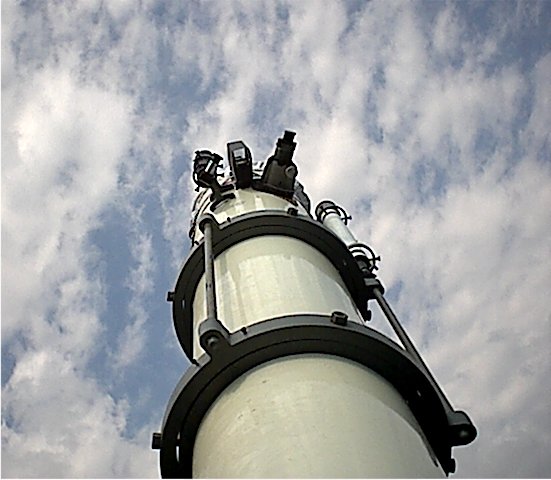 The 12" Meade SCT  shown below is the most technically advanced telescope in the observatory. This telescope is fully computerized and is used for capturing and transferring images of objects to a computer through the use of modern CCD technology. The use of CCD technology increases the deep-space penetration of this telescope many times, effectively allowing the telescope to perform as if it were much larger. Some sample CCD images are shown near the bottom of this page. 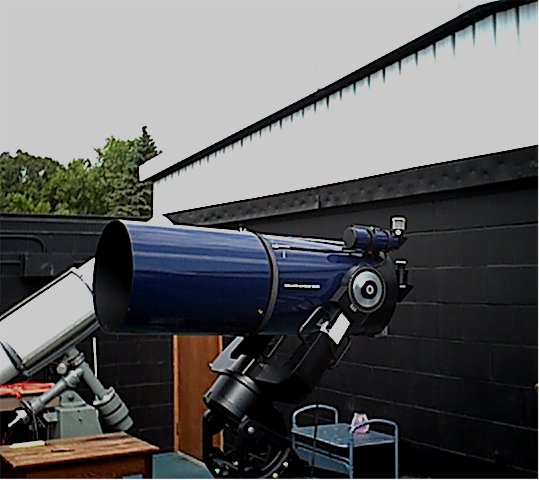 Though smaller than the others, this telescope specializes in sprawling wide-field views of the Milky Way. Because of its wide field, this telescope is able to show objects that are too large to fit in the field of view of the other telescopes. In addition, its smaller size makes it very easy to maneuver and it is a great visual telescope - especially on clear, moonless nights. 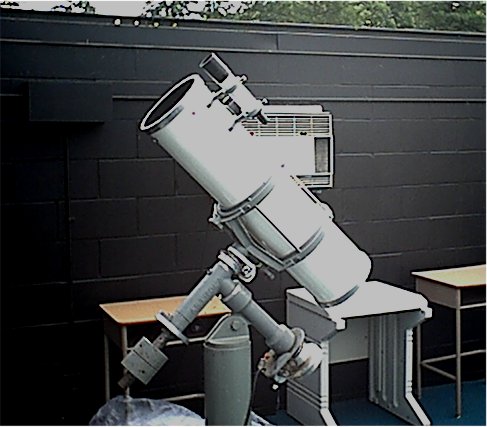 This telescope is a good all-around telescope of the same design as the 12.5" previously described except it is a bit smaller. It is large enough to offer bright views of many celestial objects, and yet small enough to manipulate with relative ease. 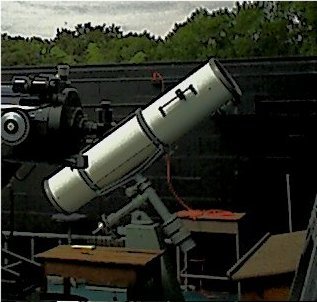 Originally housed in the "old" SJU observatory, this telescope was custom-manufactured in the early 1900's and is a fine example of rare precision craftsmanship. The telescope is not used at this time. Its specialty when operational is planets and the moon. Many years ago, the primary lens for this telescope was sent for coating and was never returned. Efforts to recover the lens were unsuccessful. 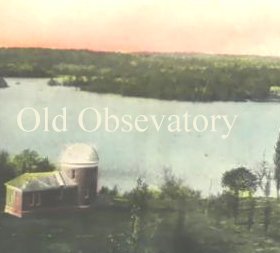 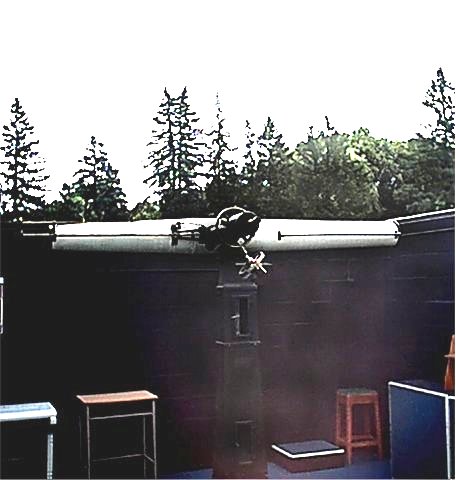