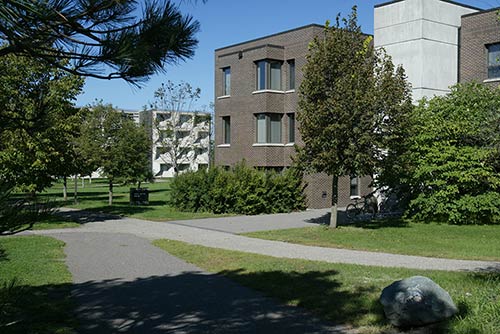 Virgil Michel House was built to reduce overcrowding in Benet Hall and the Seidenbusch apartments, as well as create more residential space in response to the expected removal of housing in Flynntown. The building was proposed as the first in a three-building complex, which today includes the Saint Maur and Saint Placid apartments.Virgil Michel House is divided into seven four-person apartments, one two-person apartment outfitted for residents with special needs and an additional four suites that house six students each. In total, it provides space for 54 residents. Virgil Michel House was officially dedicated on October 28, 1988 and named after Fr. Virgil Michel, OSB (1890-1938), a member of Saint John's Abbey who was active in the liturgical movement in the United States.

Virgil Michel House Floor Plans (.pdf)
Website requires CSB/SJU username and password to access. If accessing from off-campus, you must put "ad\" in front of your username.