Prof Smith studies the interplay between public celebrations, protests, and rioting, including the role of military and police in protests. She is currently researching the ways that protests and commemorative culture in Minnesota in the 19 thand early 20 th centuries shaped gender and race relations in public space.

“‘They Mustered a Whole Company of Kuklux as Militia’: State Violence and Black Freedoms in Kentucky’s Readjustment,” in Freedoms Gained and Lost: Reconstruction and Its Meanings 150 Years Later (New York: Fordham University Press, 2021).

“‘We Made the Best Out of a Situation That Was Bad’: School Closings in Modern American Education,” with Karen Dunak, The American Historian, December 2020 https://www.oah.org/tah/issues/2020/loss-and-learning/we-made-the-best-out-of-a-situation-that-was-bad-school-closings-in-modern-american-education/

“There’s a History of White Supremacists Interpreting Government Leaders’ Words as Encouragement,” The Conversation, May 18, 2020 https://theconversation.com/theres-a-history-of-white-supremacists-interpreting-government-leaders-words-as-encouragement-137873 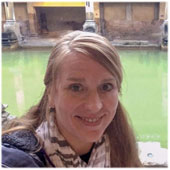