The CSB Alumnae Board, on behalf of College of Saint Benedict, presents Reunion Awards to outstanding alumnae from reunion years whose daily lives reflect and honor the Benedictine tradition and mission of our alma mater. Nominations are accepted each year. For more information regarding the nomination process, please contact the Alumnae Relations Office. 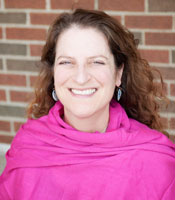 Distinguished Alumna Award honors an alumna who has distinguished herself for outstanding achievements in her chosen profession and has made a lasting contribution in her field as a role model and leader for all alumnae.

Alumna Profile: When Colleen Corrigan ’94 was eight years old, an uncle returned from a trip to Australia with a t-shirt for Colleen. She was awestruck by the notion of such a far-off place. “Going somewhere like that felt inconceivable,” Colleen recalls. But it also opened a sense of possibility in her mind. [ Read full profile] 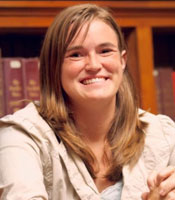 Benedictine Service Award honors an alumna who has made a significant impact on those around her for her continued commitment and contributions to community service and social justice at a regional, national or international level. Also demonstrates a commitment to the Benedictine spirit of giving hospitality, love of others, listening and social stewardship.

Alumna Profile: Receiving the Benedictine Service Award only five years after graduation is impressive, to say the least. But then, Danielle Liebl ’14 herself is nothing if not impressive. She left Saint Ben’s with a degree in theology and peace studies, worked for a while and then completed law school (along with a master’s degree in public policy) and an internship with Microsoft before landing a full-time job at a prestigious law firm in San Francisco.  [ Read full profile] 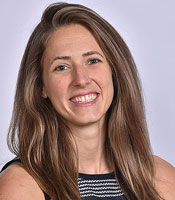 Decade Award honors an alumna who is recognized by her peers as a great role model and leader for younger alumnae because her outstanding career achievements, representing global consciousness and community involvement in her chosen profession.

Alumna Profile: Andrea Carrow Morsching ’09 is on a constant quest to push the boundaries of her comfort zone in order to make an impact. After growing up on a farm in rural Minnesota, where her “first car was a giant tractor,” she attended Saint Ben’s where she completed a May term in Spain, semesters abroad in Guatemala and Venezuela, and additional programs in China and Dubai before moving to Mexico for a Latin American Business Development lead job after graduation. She then returned to Spain for an MBA at one of the world’s top business schools (IE Business School), where she focused on strategy and corporate finance. When we spoke to her for this interview, she was living in Singapore as a Southeast Asia business development manager for 3M’s Healthcare team. [ Read full profile] 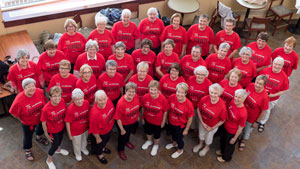 Sister Emmanuel Renner Award honors an alumna for her service to the College of Saint Benedict and recognizes her contributions as a leader, steward and volunteer to her alma mater.

Alumna Profile: On a sunny day in late March, several members of the class of 1964 gather in Saint Paul. It has been 55 years since they left Saint Ben’s, but a fly on the wall might think it were witnessing a group of classmates on campus. There’s a clear bond among them, and even a touch of giddiness in the room. They’re planning their upcoming reunion, and they’re eager to share stories and mementos from past reunions and bounce ideas off each other for this one. This class has remained deeply connected to the school, individually and collectively, giving generously of their time, talent and treasure. So much so, that for the first time ever, an entire graduating class has been honored with the S. Emmanuel Renner Service award. [ Read full profile]

Reunion 2020 will be here in no time, and we want to honor the remarkable successes of alumnae from class years ending in 5 and 0. These Reunion Awards recognize women whose daily lives reflect and honor the Benedictine ideals and mission of CSB.

To be considered, nominees must be:

To suggest a deserving Bennie, please click the button below. If you have questions, please contact AmyAnderson at [email protected] or 320-363-5233.