When Colleen Corrigan ’94 was eight years old, an uncle returned from a trip to Australia with a t-shirt for Colleen. She was awestruck by the notion of such a far-off place. “Going somewhere like that felt inconceivable,” Colleen recalls. But it also opened a sense of possibility in her mind.

Today, that sense of possibility is playing out on a global scale. Colleen is currently based in Cambridge, England, as a Senior Programme Officer with the United Nations, focused on protected areas and international environmental policy.

This work perfectly blends Colleen’s dual passions: working with – and for the benefit of – people and the environment. “My career has required a lot of leaps of faith,” says Colleen. “At Saint Ben’s I had a quote from Eleanor Roosevelt on my bulletin board that read: ‘You must do the things you think you cannot do,’ and that has stuck with me at every turn. I think it’s so important to trust that you are capable, to stay open to possibility, and let your story unfold.”

And unfold it did. Colleen majored in biology at Saint Ben’s and found that she was at her happiest doing field work outdoors. After a stint teaching in Belize after graduation, Colleen worked for the Bureau of Land Management in Nevada, researched dolphins in Florida (her childhood dream), and served as a national park ranger in Maine before returning to graduate school in Madison, Wisconsin. She studied conservation biology and sustainable development, working on rural conservation programs that promoted cross-learning between farmers in Bolivia and Ecuador and farmers in the Midwest.

Next she received a fellowship to work with the U.S. Fish and Wildlife Service in Washington, D.C., which included work with native Alaskan communities on sea otter biology and policy relevance. Finally, she spent several years at The Nature Conservancy managing a global partnership for large conservation NGOs before receiving the opportunity to work with the UN. “I jumped at it,” she says, even though it meant relocating once again – this time overseas.

Despite a path with many unforeseeable turns, Colleen charted her course with trust, ambition and a continued openness to possibility. Since 2007, she has supported the UN’s work on ocean protection policy and community-based conservation, and that tenure included time spent earning her Ph.D. Her dissertation – and the primary focus of her work today with the United Nations – centers on the link between what’s happening at the global level in terms of environmental policymaking and the impact of those decisions on local and indigenous communities.

Colleen is also engaging with traditional knowledge held by those communities – knowledge that, she says, needs to be taken into account at the global/policymaking level. Her studies shifted her role at the UN from one more broadly focused on international environmental policy to one that has a strong undercurrent of human rights initiatives within a conservation framework.

Colleen’s work is urgent, complex and has impossibly high stakes. Eight-year-old Colleen would have been wide-eyed. But the global community can rest assured that these Really Big Questions are being addressed by someone who is exactly where she is meant to be.
And that Ph.D.? It was completed at the University of Queensland. In (where else?) Australia. 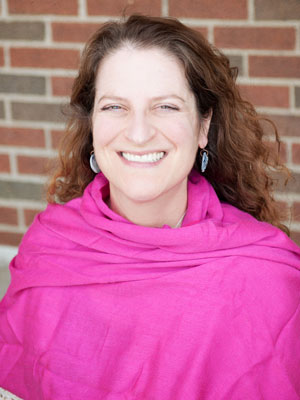