Andrea Carrow Morsching ’09 is on a constant quest to push the boundaries of her comfort zone in order to make an impact. After growing up on a farm in rural Minnesota, where her “first car was a giant tractor,” she attended Saint Ben’s where she completed a May term in Spain, semesters abroad in Guatemala and Venezuela, and additional programs in China and Dubai before moving to Mexico for a Latin American Business Development lead job after graduation. She then returned to Spain for an MBA at one of the world’s top business schools (IE Business School), where she focused on strategy and corporate finance. When we spoke to her for this interview, she was living in Singapore as a Southeast Asia business development manager for 3M’s Healthcare team.

In spite of all the boundary pushing, it’s this award for her accomplishments over the past decade that makes Andrea feel at the edge of that comfort zone. “I would normally prefer not to be in the spotlight,” Andrea says. “I’m so honored and humbled by this award, but I know there are so many other Bennies who deserve this and who are doing incredible things.”

And yet, here, she catches herself. “It’s so hard for women to own their accomplishments and keep reaching for more ways to make an impact,” she says. “I had so many people who inspired me and invested in me and believed in me along the way. And then – and this is the hard part for so many women to say – I delivered results. I made an impact. I don’t want other women, especially Bennies, to go around silently performing and not talking about it. It’s so important that we talk about it, and tell our stories and tell each other’s stories and encourage each other.”

Because, of course, the more we talk about it, the more we feel inspired and empowered to reach higher. “Take a leap. Take a risk. Even if I don’t have all the answers but I believe I can make a positive impact toward the company’s mission or goals, I will be willing to dive in, figure it out, find best practices and ask for help,” she says.

Andrea talks the talk. But she also walks the walk. As part of the E-Scholars program at Saint Ben’s, Andrea founded Extending the Link, a program that empowers students to highlight global under-told stories through documentary filmmaking. She broke new ground, figuring out how to structure the business model as she went along. When it came time to apply for and participate in one of the most competitive graduate programs in the world, she was told to wait until she was older. Rather than agreeing, Andrea politely asked for reconsideration, knowing she could add value to a classroom and the institution right away. IE Business School let her in. And she delivered. In her years after graduating from Saint Ben’s, Andrea also made an impact by serving on a nonprofit board of directors for an organization (Luminarias) that connects vulnerable Guatemalan girls to educational opportunities.

You, too, can have an impact by being bold enough to share your story and inspire others, just like so many people have done along the way for Andrea – and just like she hopes to do for you. Comfort zone, expanded. 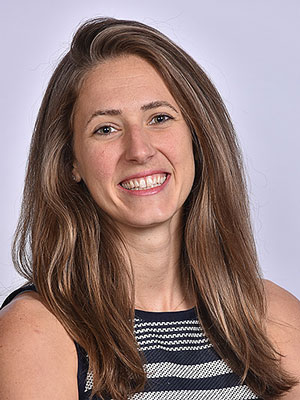